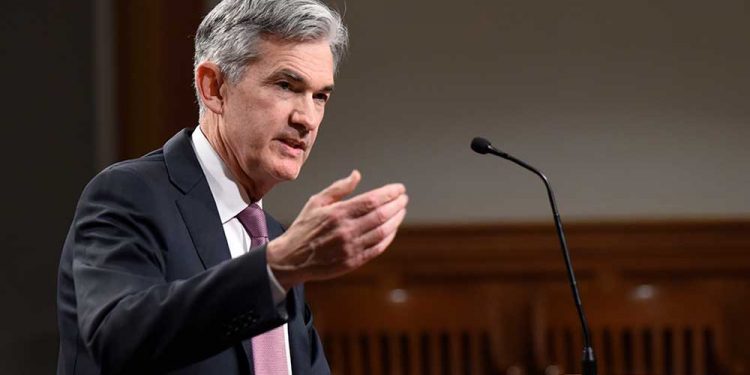 With the market in turmoil, now is the time to be building one’s watchlist. Legend Biotech (LEGN), Novo Nordisk (NVO) and Johnson & Johnson (JNJ) are all showing strength as they eye buy points.

Volume was split, rising on the Nasdaq and falling on the New York Stock Exchange compared with the same time Tuesday.

Meanwhile, the yield on the benchmark 10-year Treasury note slid 16 basis points to 3.15%. West Texas Intermediate crude fell nearly 4% to trade at more than $105 per barrel.

Fed Chairman Jerome Powell showed composure as he came under scrutiny during the first of two appearances this week before Congress.

Nevertheless, he told the Senate Banking Committee that it is “certainly a possibility” that the central bank’s attempts to tackle inflation could lead to a recession.

Powell said that the FOMC is not “trying to provoke and do not think we will need to provoke a recession.” But he said that getting runaway inflation is “absolutely essential.”

Because the spiraling fuel prices and supply chain woes are outside the ability of the Fed to control, it is important rate hikes do not have unintended consequences.

Powell said that achieving a so-called soft landing “is going to be very challenging. It has been made significantly more challenging by the events of the last few months.”

Oanda senior market analyst Edward Moya said the Fed chief had once again charmed markets with his tone at the meeting.

“Equities rallied after Powell said the Fed will need to be nimble in responding to incoming data and the evolving outlook,” he said in a note to clients.

The Nasdaq was faring best out of the major indexes, though it was up less than 1%. Moderna (MRNA) stood out with a gain of nearly 7%.

The S&P 500 sectors were mixed. Real estate and health were among the best-performing areas. Energy was lagging as oil prices fell. The Russell 2000 was roughly flat.

But it was growth stocks that were the favored feasting ground for the bears Wednesday. The Innovator IBD 50 ETF (FFTY) was down around 3%.

The Dow Jones Industrial Average also squeezed higher. It was up more than 100 points, or 0.4%.

Apple stock was up 0.4%. It is struggling to gain traction as it looks to move back toward its 50-day moving average, according to MarketSmith analysis.

It was little changed despite that Morgan Stanley reiterated its overweight rating on Apple stock. It said the “measured lifting of Covid-related restrictions in China in recent weeks has aided Apple’s Mac and iPad production.”

Bitcoin was falling again following Tuesday’s rally attempt. It raises the prospect that it was just a dead cat bounce.

Bitcoin traded just over $20,000 after shedding around 6% in the past 24 hours, according to CoinDesk. The cryptocurrency has been rocked as investors run for the exits as they shed risky assets.

Bitcoin plays were struggling badly. Bitcoin miner Riot Blockchain (RIOT) skidded nearly 7% as it fell away from its 50-day line.

Both stocks remain miles off their all-time highs. The Grayscale Bitcoin Trust (GBTC) also fell, though by a more moderate 3%.

The relative strength line is a key gauge when hunting for watchlist names. A trio of stocks are all hitting fresh heights in this important benchmark.

Legend Biotech saw its RS line move to fresh heights on a weekly chart. It is now close to a cup with handle entry of 50.10.

Big Money has been piling into the stock of late. And while earnings are poor, its price performance has been stellar of late.

Diabetes therapeutics company Novo Nordisk is also looking bullish. It has shooting for a consolidation buy point of 122.26. It holds a solid EPS Rating of 77 out of 99. The relative strength line is also looking robust.

Johnson & Johnson stock also saw its RS line shoot to a new high. J&J stock is forming a flat base with an ideal entry of 186.79. Shares are bouncing back after finding support at the 200-day line. It is now surging back toward its 50-day moving average.

The Dow Jones stock is in the top 10% of stocks in terms of price performance over the past 12 months.