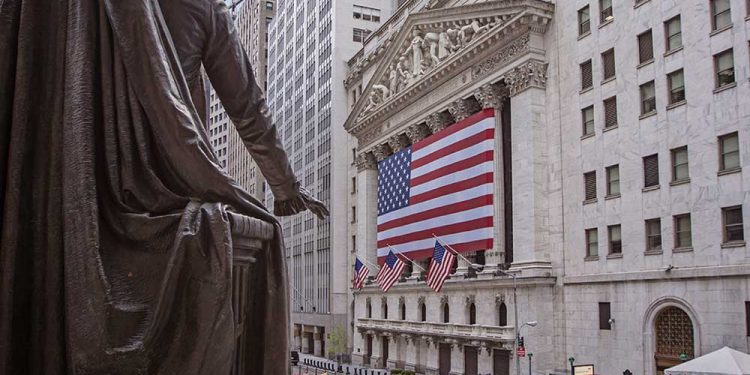 While the Dow Jones delivered plenty of bullish gainers Friday, few, if any, stocks in the blue-chip index are actionable. UnitedHealth Group (UNH) is one of the better performing stocks in the Dow Jones, but it slipped below its 50-day moving average after three straight gains. Shares were down nearly 2% on a weak day overall for managed care firms.

Also in the Dow Jones, Johnson & Johnson (JNJ) recaptured its 50-day moving average Thursday and continued higher Friday, up 1%. It’s forming a double-bottom base with a 181.84 buy point.

After climbing above its 10-day moving average Thursday, the Nasdaq composite gapped above its 21-day exponential line and a held a gain of 2.6% in late trading. The S&P 500 rallied 2.5% and the Dow Jones industrials jumped 2.1%. Volume on the NYSE and Nasdaq was slightly lower compared to the same time Thursday.

Even with the strong gains, advancing stocks on the Nasdaq only beat decliners by 2.5-to-1. Breadth was much better on the NYSE, with winners beating losers by around 6-to-1.

The Financial Select Sector SPDR ETF (XLF) was one of the S&P 500’s top performing sectors, up more than 3%. Top holding Berkshire Hathaway (BRKB) bounced of lows, rising more than 3%, but it’s still on a downtrend, stuck below its 10-week and 40-week moving averages.

IBD’s trucking industry group was one of the day’s top gainers, up more than 5%. But it was mostly because of a big gain for small cap USA Truck (USAK), which surged more than 100% after logistics firm DB Schenker agreed to buy the firm for 31.72 a share.

Vertical Violations: Why You Should Recognize This Bear Market Indicator

Zendesk (ZEN) also made a nice move, up nearly 30%, after a group of buyout firms agreed to acquire the enterprise software stock for $10.2 billion.

Get Alerts To Stocks Near Buy Points With Leaderboard

A key feature to look for in the double-bottom base is that the second leg down should undercut the first leg. This serves to shake out sellers and can pave the way for a powerful breakout. But breakouts need a healthy market to succeed, and stock indexes still face overhead supply issues as they climb off lows.

Inside the MarketSmith Growth 250, which only houses 131 stocks currently, coal producer Consol Energy (CEIX) climbed above its 50-day moving average, but volume was light and gains faded a bit after Thursday’s heavy-volume decline.