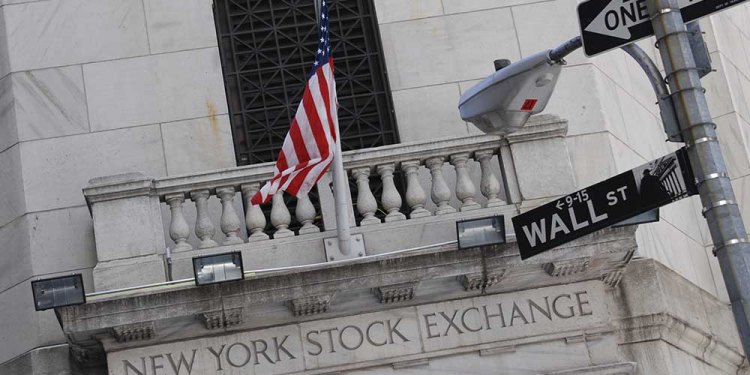 In economic news, durable goods orders in May rose 0.7%, higher than the +0.4% consensus forecast. Excluding transportation, orders rose 0.7%, well above the +0.1% consensus view from Econoday.

Inside the Dow Jones today, UNH stock popped above its 50-day moving average and a recent high of 507.25. Shares jumped nearly 3% and it’s still in a buy zone. UNH is a new member of Leaderboard.

Group peer Humana (HUM) also moved nicely and gave a buy signal. HUM stock rallied 2% and topped an early entry of 461.97. It’s near the top of a lengthy consolidation that started more than a year ago.

Chevron was another top gainer in the Dow Jones, up nearly 2%. CVX rallied for the second straight session after coming close to its 200-day moving average last week.

Nike (NKE) lagged in the Dow Jones today, down nearly 2%, ahead of its earnings report after the close.

After seven gains in eight sessions, Merck (MRK) backed off highs after crossing a 95.02 entry. The drugmaker has run up a lot in recent sessions, just like group peer Bristol Myers Squibb (BMY), which was poised for its sixth straight gain.

Meanwhile, outside the Dow Jones industrials, oil and gas stocks dominated the upside in the S&P 500. Valero Energy (VLO) and Devon Energy (DVN) added around 7% each. But both stocks have a lot of repair work to do after sharp breaks of the 50-day moving average.

Enphase recently broke out over a 193 buy point, but it triggered a sell signal when it fell more than 8% below the entry. But Enphase rallied powerfully the next day and moved above its 200-day moving average. It’s been in rally mode every since as ENPH approaches an alternate entry of 217.33, 10 cents above the stock’s June 8 intraday high.

Inside the MarketSmith Growth 250, Chinese solar firms JinkoSolar (JKS) and Daqo New Energy (DQ) scored big gains. JKS stock surged around 10%. It’s just underneath a 68.95 entry. DQ stock, however, is extended a after a breakout from a bottoming base with a 53.70 buy point. The stock’s 10- and 21-day moving averages are key short-term support levels to watch.

China stocks outperformed again in the Nasdaq 100, with names like NetEase (NTES), JD.com (JD) and Baidu (BIDU) up nicely. NetEase and JD.com still have yet to return above their respective 200-day moving averages. Sentiment has improve around China stocks lately as regulatory concerns move to the back burner and Covid lockdowns ease.

Finally, a couple of stocks in the medical software group continue to trade well. Privia Health Group (PRVA), which had its IPO last year, was up 1.5% to 29.87. It’s near the top of the 5% buy zone after a breakout from a cup base. Group peer Evolent Heath (EVH) was poised for its sixth straight gain. It’s also on breakout watch as it flirts with a 33.24 entry.

The stock market is back on a confirmed uptrend thanks to follow-through days for the Nasdaq composite and S&P 500 on Friday. The Dow Jones Industrial Average has now rallied 6.5% from its June low of 29,653. But both indexes are still challenged below their 50-day moving averages. It’s OK to look for stocks to buy, but start small. If you get positive feedback (i.e. profits) from new buys, go ahead and increase positions conservatively.