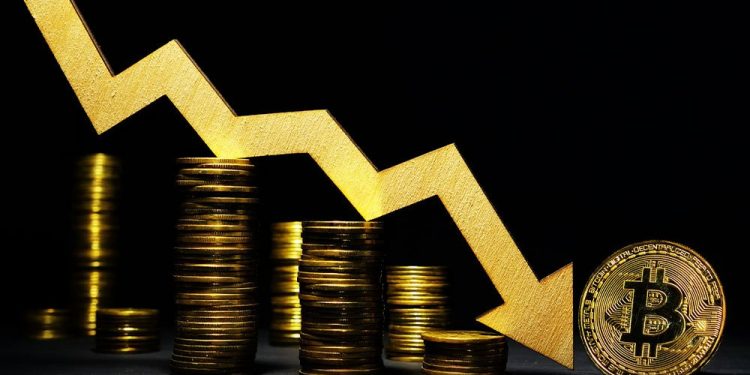 The Dow Jones Industrial Average plummeted as stocks in general got slammed. Tesla (TSLA), Amazon (AMZN) and Apple (AAPL) were among the notable tech stocks getting hit. Bitcoin fell hard amid a crypto meltdown, with Riot Blockchain (RIOT) and Grayscale Bitcoin Trust (GBTC) among listed names getting hit.

A few stocks were showing resilience despite the sell-off. HealthEquity (HQY), World Wrestling Entertainment (WWE) and Johnson & Johnson (JNJ) were holding up near correct buy points.

Volume was higher on both the Nasdaq and the New York Stock Exchange compared to the same time Friday, a worrying sign amid a sell-off.

The Nasdaq was getting butchered, with the tech-heavy index falling nearly 4%. DocuSign (DOCU) continued to struggle here, dropping nearly 10%.

The S&P 500 was also being hit hard, dropping nearly 3%. Signature Bank (SBNY) was among the worst performers here. It fell almost 13%.

The S&P 500 sectors were all bleeding. Consumer discretionary and energy were the areas suffering most. Consumer staples and financials had the smallest losses.

Small caps were also getting battered, with the Russell 2000 falling more than 4%.

Growth stocks were also getting mauled by the bears. The Innovator IBD 50 ETF (FFTY), a bellwether for growth stocks, fell about 5%.

FFTY now sits about 27% below the long-term 200-day moving average, which is a key technical benchmark.

The Dow Jones Industrial Average was faring best out of the major averages, but still took a severe tumble. It was down almost 700 points, or just over 2%.

Boeing was the stock faring worst on the Dow Jones today. It fell more than 9% and has now fallen about 44% so far in 2022.

Salesforce (CRM) and Dow Inc. (DOW) were also lagging badly. CRM stock was down nearly 6% while DOW dipped more than 4%.

A plethora of tech names were coming under severe pressure as the market reversed hard.

It is now trading near consolidation lows and sits miles below a 1,208.10 buy point.

Apple stock was holding up better than many tech stocks but was down almost 3%. It now sits about 16% below its long-term 200-day line.

E-commerce behemoth Amazon stock also continued to fall back to earth as it shed about 5%.

There is no possible buy point in sight as it remains mired in a sharp downtrend.

Facebook parent Meta Platforms (META) was down nearly 5% while Netflix continued its long slalom downward as it fell nearly 7%.

Bitcoin was suffering a severe sell-off. It was trading for just under $24,000, falling more than 15% in the past 24 hours, according to CoinDesk.

It has now fallen to its lowest level since December 2020 as investors seek to shed risky assets from their portfolios.

Both stocks are trading for a fraction of their all-time highs and sit below their major moving averages.

The Grayscale Bitcoin Trust was another major loser on the stock market today. It plummeted around 18%.

With the market in the grip of a correction now is the time to build a robust watchlist. The stocks below are showing strength amid the market turmoil.

HealthEquity is crafting a cup with handle, according to MarketSmith analysis. The ideal buy point is 66.23.

Shares are trying to hold above their 50-day line in the face of Monday’s stock market weakness. While overall performance is good, earnings are not ideal. It currently holds an EPS Rating of 60 out of 99.

The health savings accounts firm has posted declining EPS for the past several quarters, but a rebound is expected in fiscal 2024.

The relative strength line is rising and the base is one of the finest among growth stocks at the moment. The stock had pinned down an impressive move before market turmoil dragged it back to the canvas.

JNJ stock has formed a flat base with an ideal entry of 186.79. The relative strength line has just hit a new high, which is a bullish sign.

Shares have been finding support at the 200-day line. Progressing from here and retaking the 50-moving average is key.

JNJ is moving to separate its consumer health division into a new company. This will allow J&J to focus on high-growth products, including its drugs and medical devices. In 2021, those units generated more than $79 billion in sales. This more focused approach could lead to bigger gains in the future.