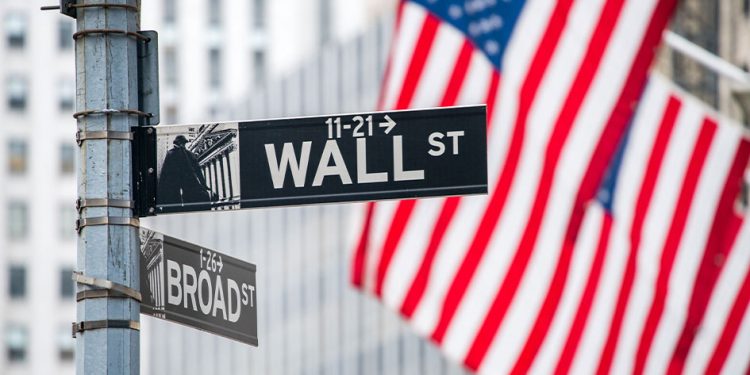 The Dow Jones Industrial Average closed near intraday lows on Monday, with the Nasdaq leading the downside. The major indexes all posted sizable losses, unraveling gains booked during the multiweek recovery rally.

The Nasdaq composite fared the worst among major benchmarks, trading lower by 2.5% as tech stocks got dumped aggressively.

Volume was higher on the Nasdaq and the NYSE vs. the close on Friday, according to early data. Decliners trounced gainers on the NYSE by more than 5-to-1 while losers outpaced winners by a 3-1 ratio on the Nasdaq.

Elsewhere, crude oil prices pared an early decline to $87 per barrel and closed at $90.67. Threats of a possible Saudi production cut forced short sellers to cover positions, lifting the contract back above $90.

The Dow Jones reclaimed this level briefly but has since broken support and is currently testing its 21-day exponential moving average. Both the Nasdaq and S&P 500 undercut their 21-day lines on Monday.

Investors are also looking ahead to this week’s banking conference in Jackson Hole, Wyo., where Federal Reserve Chairman Jerome Powell will deliver his annual address. The highly anticipated speech could signal if borrowing costs will continue to rise and how long they’ll stay heightened to bring down record inflation.

Inside The Dow Jones

All thirty Dow Jones components traded lower on Monday, with tech giants Salesforce.com (CRM) and Intel (INTC) faring the worst, down 4.1% and 3.7% respectively.

Tech leader Microsoft (MSFT) also sold off, down 2.8%. Much like the major indexes, Microsoft met resistance at its 200-day line and reversed. On Monday, shares undercut their 21-day exponential moving average.

Elsewhere, Apple (AAPL) sold off over 2%, extending losses from Friday. The last three days of losses could form a potential handle, which would offer a lower entry.

Currently, Apple’s cup base shows a 179.71 buy point. The stock remains above support at its 21-day exponential moving average, which is a good sign.

Analysts expect e-commerce giant JD.com to report adjusted earnings of 41 cents per share, down 10% from a year ago. They see revenue of $38.5 billion, down 1%, amid a sharp slowdown from consistent double-digit growth.

Elsewhere, Dick’s Sporting Goods, which slashed full-year guidance in May amid rising costs, traded lower on Monday ahead of tomorrow’s earnings. Shares lost 0.4%, which is relatively small compared with powerful July gains of over 24%, followed by an 18% August jump.

Analysts expect Dick’s earnings to fall 29% year over year to $3.59 per share in the second quarter. Revenue is expected to fall 6% to $3 billion.

Equinor broke out past a buy point of 39.25. The energy play closed near intraday highs and posted gains of 3.5%. The stock remains within its 5% buy zone. Most important, Equinor’s RS line notched a new high alongside the breakout, which is an encouraging sign.

Sprouts briefly broke out above a 31.59 cup-with-handle entry. Shares closed a few pennies below the proper buy point, despite holding gains of around 0.7%. The supermarket retail industry group has been showing notable market strength recently and now ranks No. 5 out of IBD’s 197 groups.