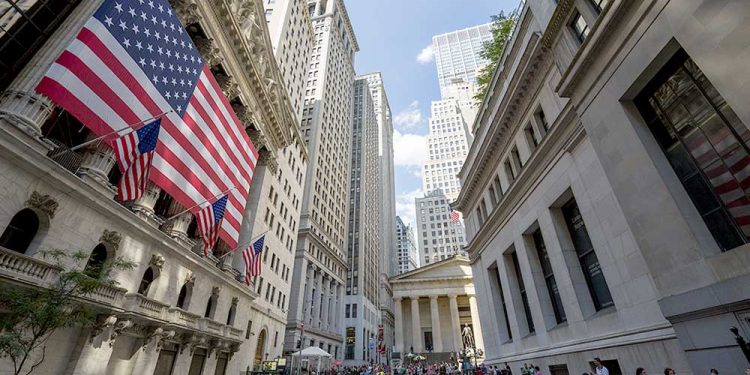 The Dow Jones Industrial Average was down 0.9% in late-afternoon trading Monday, hurt by drops of at least 2.5% or more from Boeing (BA), Home Depot (HD) and Salesforce.com (CRM). Boeing stock fell more than 6% intraday after a Boeing 737-800 jet operated by China Eastern Airlines crashed in southern China.

Selling picked up the pace in the stock market today after Federal Reserve Chairman Jerome Powell, in prepared remarks for the National Association for Business Economics, said once again that inflation is way too high.

After the hawkish comments, bond traders now see a 60% chance of a 50-basis-point hike at the May meeting, according to the CME Group FedWatch tool.

Oil and gas stocks outperformed again amid another sharp rise in oil prices.

Oil also rallied after a Yemeni rebel group attacked four oil and gas facilities in Saudi Arabia over the weekend.

It’s not easy finding actionable stocks in the energy sector. Many have been running higher for a while and trade well past proper entry points.

But refiner Marathon Petroleum (MPC) is in a good setup as it forms a flat base above its 10-week moving average. Shares were up 2% in late trading, just below a conventional entry of 81.49.

Another big jump in the 10-year Treasury bond yield wasn’t much help to financial stocks in the Dow Jones like JPMorgan (JPM), Goldman Sachs (GS) and American Express (AXP). GS fared the worst, down 1.7%, but selling was more subdued in JPM and AXP. The 10-year Treasury yield shot up 15 basis points to 2.30%, the highest level since May 2019.

Shares of Nike (NKE), which reports earnings after the close today, were down 1.4%. It was featured in the latest Earnings Preview story.

The Nasdaq composite was down 0.8%. The index confirmed a new uptrend Friday on the fourth day of its rally attempt, rising 2% in higher volume.  The Nasdaq climbed just above its 50-day moving average early in Monday’s session but was just below the line in late trading.

The S&P 500 eased 0.4%, buoyed by 8% gains for Occidental Petroleum (OXY) and Marathon Oil (MRO). Fertilizer stocks CF Industries (CF) and Mosaic (MOS) were also among the top gainers in the S&P 500.

Splunk (SPLK) performed well in the Nasdaq 100, up 4%. But after four straight gains, and another one taking shape Monday, Splunk is still below its 200-day moving average, a potential resistance level to watch.

Tesla (TSLA) gapped above its 50-day moving average, but a 4% intraday faded to 2% in late trading.

Leaderboard stock Nvidia (NVDA) added 0.7% after breaking out of a downtrend last week. The company’s Investor Day is Tuesday and starts at 1 p.m. ET.

However, Fortinet, an IBD Long-Term Leader, remains above its pivotal 50-day and 200-day moving averages. The expert in protecting software-defined wide area data networks has been forming a new base since its December breakout past 355.45 flopped.