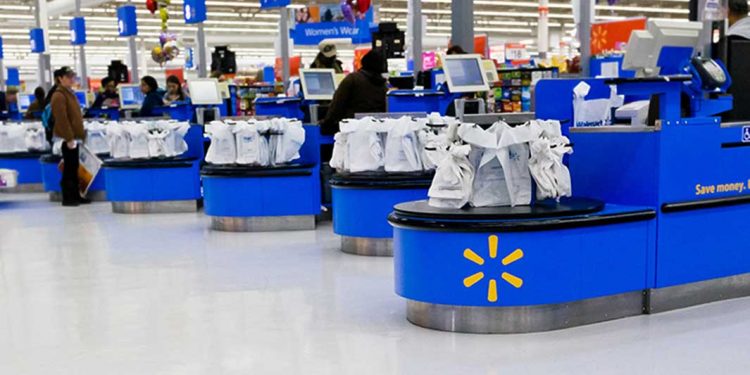 The Dow Jones Industrial Average, Nasdaq composite and S&P 500 opened lower on Monday morning but pared losses in the first hour of trading. Oil prices sank after Chinese economic data revealed slowing growth across the board. Meanwhile, investors are gearing up for a heavy week of retail data, including earnings from Walmart (WMT), Home Depot (HD) and Target (TGT).

Volume was higher on the Nasdaq and on the NYSE vs. the same time on Friday.

The Federal Reserve Bank of New York’s August general business conditions index slumped more than 42 points to minus 31.3, its second largest drop since 2001.

The metrics reflect a dramatic slowdown in demand, with declines in orders and shipments.

The number was also weaker than economist expectations. A reading below zero indicates contraction.

Elsewhere, oil prices fell 5.4% to 87.12 per barrel after China, the world’s second largest economy, reported a July economic slowdown. Retail sales, industrial output and investment all came in lower than economists expected. China’s central bank unexpectedly cut interest rates after the release, in an effort to stimulate the economy.

Wednesday at 2pm ET, the Federal Reserve will release the minutes from its recent interest rate policy meeting. At the July meeting, the central bank raised the benchmark interest rate three-quarters of a point for the second time. This has been the most aggressive rate hike series in more than three decades, in an attempt to counteract record inflation.

Walmart will report earnings in Tuesday’s premarket. Analysts expect America’s largest retailer to report Q2 earnings of $1.60 per share on sales of $149.96 billion. In July, the Dow Jones component lowered its profit outlook for the second-straight quarter and for 2022, saying shoppers have been cutting back on clothing and other discretionary items that carry higher profit margins.

Walmart rose 0.8% on Monday morning as shares continue higher for their seventh-straight day on strong volume. While the stock has retaken support at its 50-day line, it remains below support at the 200-day moving average.

Dow Jones leader Home Depot will report earnings on Tuesday as well. Analysts expect EPS of $4.93 on revenue of $43.3 billion. The stock has fallen 0.7% in today’s stock market.

Among other Dow Jones leaders, Disney (DIS) led the upside for the third-straight day as shares moved up nearly 3%, adding to last week’s gain of over 14%. DIS stock remains well off prior highs but is nearing a test of resistance at its 200-day moving average.

Visa (V) and Proctor & Gamble (PG) were also among stocks leading the upside, with gains of over 1%. On the downside, Chevron (CVX) posted losses of 3.2% amid falling oil prices.