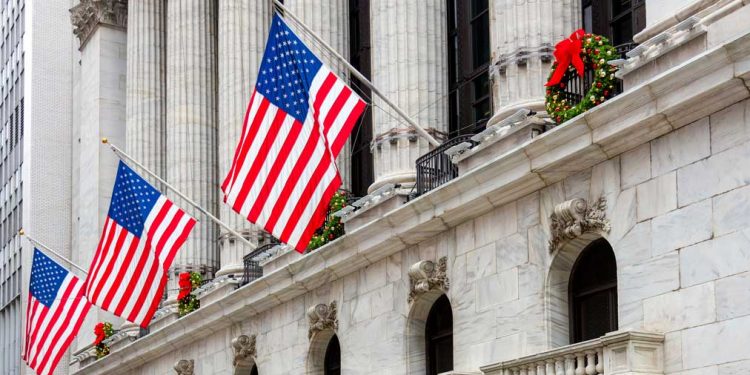 The Dow Jones and Nasdaq composite continued to weaken into Wednesday’s close. Stocks initially opened higher on Wednesday but gave back gains after rising earlier this week.

After opening in the positive, the Dow Jones Industrial Average sold off in afternoon trading and closed 0.8% lower. The S&P 500 fell 1.1% while the small-cap Russell 2000 was down 1.5%, wiping out nearly all of Tuesday’s gains. As for tech stocks, the Nasdaq composite fell roughly 0.7% and fared the best. Volume was higher on the Nasdaq and on the NYSE vs. the close on Tuesday, according to early data.

This could be a concerning sign as the Dow Jones and major indexes continue to rise in lighter volume and fall in heavier volume.

Despite Wednesday’s declines, the Dow Jones and other indexes all continue to trade above their 21-day lines, an important area of support. Among S&P 500 sectors, nearly all the sectors fell, with energy stocks outperforming and remaining higher. Meanwhile, the materials and real estate stocks fell and led the downside.

Global stagflation fears hindered these industry groups on Wednesday as the Organization for Economic Co-operation and Development cut its global growth estimates to 3% in 2022, down from its 4.5% estimate. The Ukraine invasion and China’s Covid-19 shutdown were key factors in this.

The shipping transportation industry group tumbled more than 8%. Its sell-off marked a bearish day for an industry group that had climbed to No. 10 out of 197 groups and included a few of those companies in the IBD 50.

Textainer Group Holdings (TGH) is another one of many shipping-related stocks breaking down today. The stock fell nearly 5% after hitting resistance at its 50-day line for the third time since April. The stock fell below its 21-day line as well and is trading well below its 200-day moving average. While the stock is technically inside a base pattern at this time, shares are trending lower within the consolidation. A breakout attempt above a neighboring cup-with-handle base failed back in February.

Outside the Dow Jones, oil stocks continued to outperform on Wednesday as oil and gas field services stock Halliburton (HAL) broke out from a cup base with a 42.70 entry. The breakout occurred in slightly lower volume, which could be a cause for concern. But the stock’s RS line hit new highs.

Elsewhere, IBD 50 stock Highpeak Energy (HPK) rose close to 5% and is approaching a 38.31 buy point. The oil and gas exploration and production firm’s RS line also reached a new high ahead of the breakout, which is a good sign.

Shares of Callon Petroleum (CPE), another oil and gas exploration and production firm broke out above a 63.44 cup-with-handle buy point on Wednesday. The breakout occurred in slightly heavier-than-normal volume, a good sign. The stock’s RS line also notched a new high.