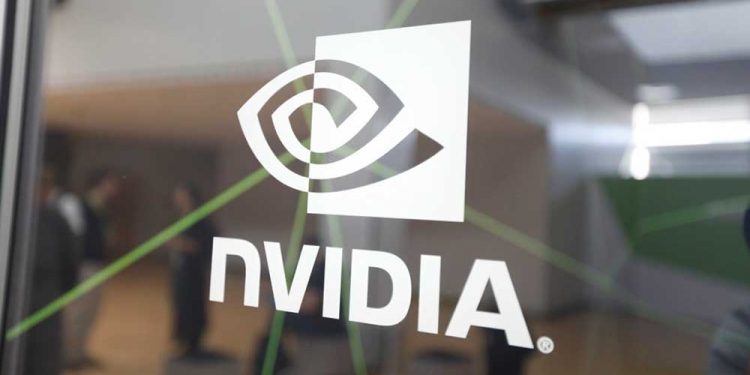 The Dow Jones Industrial Average closed off intraday highs but remained positive on Wednesday afternoon. Small caps led the upside, booking modest gains. Shares of Nvidia (NVDA) closed slightly higher, ahead of Q2 earnings after the close. It fell in late trading though after it just met expectations.

Volume was higher on the Nasdaq and lower on the NYSE vs. the close Tuesday, according to early data.

Crude oil futures surged more than 2%, lifting above $95 per barrel on the September contract. The commodity has been rising on expectations for an output cut at OPEC’s next meeting in early September.

His highly anticipated speech could generate stock market volatility as the central bank reveals its next steps to control inflation. The Fed raised rates by 75 basis points in June and July.

Materials, technology and consumer staples were market laggards. Even so, all eleven sectors traded higher.

Inside The Dow Jones: Salesforce.com Earnings

Tech giant Salesforce.com (CRM) led the upside among blue chips, closing 2.6% higher. Shares have been tumbling over the past week but finally reached support at their 50-day moving average. However, the stock is trading lower by 6% after earnings.

IBD’s Stock Of The Day Apple (AAPL) rose 0.4%. Investors are looking ahead to the product launch next month, when it will unveil the new iPhone 14 smartphone. The stock has been climbing since the firm posted better-than-expected June quarter earnings.

After pulling back to reach support at its 21-day exponential moving average, shares are continuing higher toward a buy point of 183.04, according to IBD MarketSmith charts. That buy point is 10 cents above the stock’s all-time high 182.94, reached on Jan. 4.

The video game industry has few compelling titles set for 2022 release, impacting sales of major consoles and cloud gaming sites. In addition, the cryptocurrency crash has lowered demand for high-tech graphics boards used solely for digital asset mining, one of the reasons that NVDA stock took off in a historic uptrend in 2015 and 2016.

The stock has rebounded from 52-week lows, but remains down roughly 42% year to date, and has a ways to go before it becomes an actionable portfolio candidate.

Nvidia managed to reclaim its 50-day moving average in mid-July, which is an encouraging sign. Shares are testing support at the level again this week.

Many technology and growth stocks, from chipmakers to tech giants, have come under pressure in 2022 and are significantly off their highs. It’s no surprise because the Fed continues to raise interest rates in an attempt to curb surging inflation.

Darling Ingredients (DAR) made a late-afternoon breakout above a 77.56 cup-with-handle buy point. Shares rose 3.8% but in lighter-than-average volume, which could be a point of concern. Shares have climbed substantially off their mid-July lows of 55.71 a share.

Elsewhere, lithium producer and Tesla (TSLA) supplier Livent (LTHM) rose above the 31.63 buy point of a cup-with-handle base in strong volume.

The lithium producer has been rallying this week after finding support at its 21-day moving average. Shares gained 8.1% in afternoon trading and are near the upper edge of the 5% buy zone.