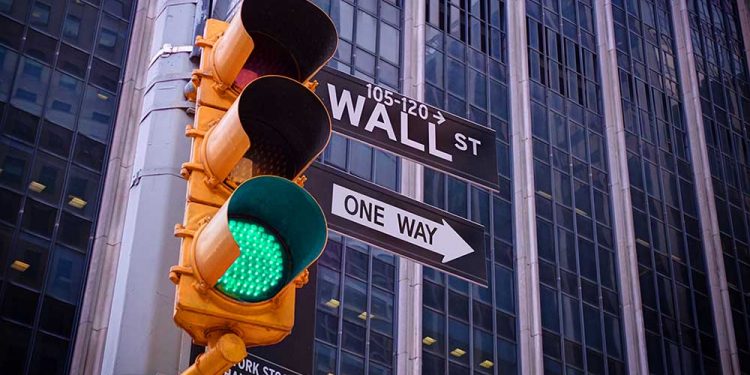 The Dow Jones Industrial Average closed near session highs on Thursday, while the Nasdaq composite and Russell 2000 led the upside with gains of over 2%.

Small caps outperformed, with the Russell 2000 up 2.4%. Volume was lower on the Nasdaq and on the NYSE vs. the close on Wednesday, according to early data.

Early Thursday, the market saw higher-than-expected new claims for jobless benefits, which ticked up to a nearly six-month high. First-time filings for unemployment insurance in the U.S. totaled 235,000 for the week ended July 2, increasing by 4,000 from the prior week, the Department of Labor said Thursday. Economists surveyed by Bloomberg had expected a 230,000 total.

Investors are now turning their attention to Friday morning’s jobs report, out at 8:30 a.m. ET. The report is expected show the recent pace of job growth to moderate to 270,000 in June.

Oil rose 4.2% to $102 a barrel, after steep losses this week brought the commodity below $100 a barrel for the first time since May.

Shares of Dow Jones tech giant Apple (AAPL) reclaimed their 50-day line for the first time since April. The stock has been in a downtrend for much of the year, but a sustained move above its 50-day line could signal brighter horizons. Shares of Apple rose 2.4% on Thursday.

Solar stocks led the IBD 50 on Thursday with Daqo New Energy (DQ) and Enphase (ENPH) up 13% and 6%, respectively. Also among top gainers was BJ’s Wholesale Club (BJ), which gained 2.6% and is approaching a 71.10 double-bottom with handle entry. Meanwhile, the stock’s relative strength line is hitting highs, a good sign.

Fellow IBD 50 retailer Murphy USA (MUSA) held solid gains as the stock approached a 262.68 entry. Shares have also moved above an early entry from a downward-sloping trendline. The IBD 50 stock’s RS line is reaching a new high, while the RS Rating is at a perfect 99.

Stocks breaking out on Thursday included Halozyme Therapeutics (HALO) and Cigna (CI). Halo moved above a 48.68 buy point in heavy volume. Shares rose 7% and remain in the buy zone. Cigna also broke out in heavy volume and is the latest among a series of health care stocks to score a breakout. Shares moved above a 273.67 flat-base entry.