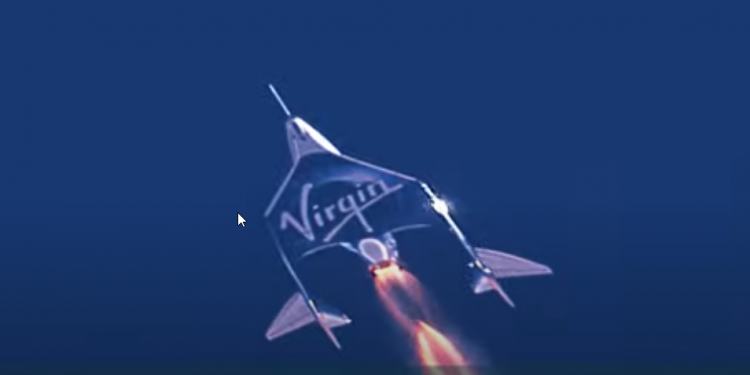 Meanwhile, a couple of other stocks were making bullish moves. Halozyme Therapeutics (HALO) passed a buy point while Atmos Energy (ATO) has built a bullish base. Apple (AAPL) was a top blue chip performer.

Volume was lower on both the Nasdaq and the New York Stock Exchange compared to the same time Wednesday. This is not ideal on an up day.

The yield on the benchmark 10-year Treasury note rose 10 basis points to 3.01%. West Texas Intermediate crude oil vaulted more than 4% to trade at just under $103 per barrel.

Some soft economic data raised hopes the Federal Reserve may ease off the pace of interest rate hikes.

The Department of Labor reported initial unemployment claims rose by 4,000 to 235,000 during the week ended July 2. This was the highest level since Jan. 15. Economists had expected 230,000, according to Econoday.

“A few more weeks of these types of numbers and maybe, just maybe, financial conditions are tight enough to allow the Fed to throttle back on the scale of rate increases,” Harris Financial Group managing partner Jamie Cox said.

The Nasdaq was shining brightest among the major indexes as it rose more than 2.3%. Lucid Motors (LCID) impressed here with a gain of nearly 9%.

The S&P 500 sectors were mostly positive. Energy, technology and consumer discretionary were the best performers. Real estate and consumer staples were the only laggards.

The Dow Jones Industrial Average lagged the other major indexes, but still gained more than 1%.

Caterpillar was faring best on the Dow Jones today. The industrial machinery stock was up about 5%. It remains below both its 50-day and 200-day moving averages, according to MarketSmith data.

Apple stock was also turning in a solid gain as it rose more than 2%. This saw the stock move back above its 50-day line.

Virgin Galactic stock soared into orbit after it unveiled a deal to build more of its so-called motherships, or carrier aircraft.

The space tourism company is going into partnership with Boeing subsidiary Aurora Flight Sciences to assemble the aircraft. At the moment, the firm operates one mothership, the VMS Eve. It is around 14 years old.

Virgin Galactic did not disclose the financial terms of the deal with Aurora. The first of two aircraft is expected to enter service in 2025.

SPCE stock gapped up on the news, rising nearly 13% in above-average volume. It has now climbed above its 50-day moving average. Nevertheless, the stock is still down more than 46% in what has been a brutal year for speculative tech stocks.

Boeing rose more than 3%. The aerospace giant is now above its 50-day line and its short-term moving averages.

Chip Stocks Boosted On This

Chip stocks were rallying across the board amid positive news from Samsung.

Micron stock was up almost 3% while former Leaderboard play Nvidia rose more than 5%. ON Semiconductor fared better still as it vaulted nearly 10% higher.

Despite the gains, all of the stocks above remain stuck below their 50-day and 200-day moving averages, MarketSmith analysis shows.

The VanEck Semiconductor ETF (SMH) was up about 5%. Nevertheless, it remains down around 34% so far this year in what has been a tough environment for chip stocks.

Warren Buffett stock Coca-Cola is eying a new flat base buy point of 67.30. This is a first-stage pattern, which means it is more likely to result in rich gains for investors.

Earnings are due on July 26, which means investors may opt to keep an eye on the stock for now. A good report could send Coca-Cola fizzing higher still.

Warren Buffett is a noted fan of the stock. His firm Berkshire Hathaway (BRKB) owns 400 million shares, which makes up 7.6% of its portfolio.

Meanwhile, Halozyme is near the top of its buy zone after breaking out from a flat base. The ideal buy point here is 48.68. It is clear of its moving averages and the relative strength line is spiking. These are both good signs.

All-around good performance has seen the stock net an IBD Composite Rating of 94. Price performance is stellar, with the stock in the top 4% of stocks tracked in this regard over the past 12 months. The company develops novel therapies, including drugs designed to target tumors. Last month it commercially launched Tlando, an oral treatment for testosterone replacement therapy.

Atmos Energy has formed a new double-bottom base, according to MarketSmith analysis. The ideal entry is 75.66. It is currently testing support at its 50-day moving average. If it can rebound from here it will be a positive sign for a potential breakout

The stock’s relative strength line is at new highs on its weekly chart, which is encouraging. The utility play is a double threat, as it currently offers a dividend yield of 2.4%. This beats the S&P 500 average. The number of funds holding shares has also been increasing for the past couple of quarters.