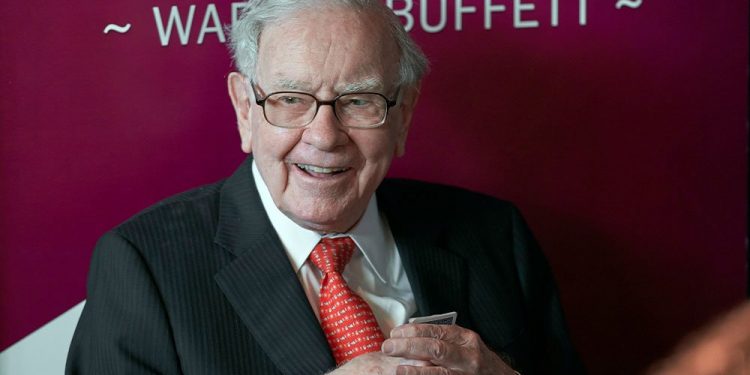 Volatility fell again, with the Cboe Volatility Index, or VIX, down more than 5%. Volume was running lower on both the New York Stock Exchange and the Nasdaq compared with the same time Thursday. That could change in the final hour because today is a quadruple witching day.

Meanwhile, the yield on the benchmark 10-year Treasury note slid around four basis points to 2.15%. Oil rose, with West Texas Intermediate crude up almost 2% to about $105 per barrel.

The Nasdaq rose most out of the major indexes, gaining 1.5%. Pinduoduo (PDD) was among the best performers here, rising almost 12%.

The S&P sectors were mixed, with technology and consumer discretionary rising most. Energy and utilities were down the most.

The Dow Jones Industrial Average was making the most meager gain, but still rose 0.2%.

Apple stock was one of the Dow’s winners, gaining nearly 2%. AAPL stock is forming a base with a buy point at182.04, according to MarketSmith analysis.

But it was Salesforce.com that was the top stock on the Dow Jones today. It rose around 4%. Walgreens Boots Alliance (WBA) was the laggard, falling about 1.5%.

It has been a horrible 12 months for Brazilian payments stock StoneCo, but it was fighting back with a vengeance Friday.

The Warren Buffett-owned stock exploded in enormous volume as it turned in a gain of more than 40%. This saw the stock smash through the vital 50-day moving average for the first time in over six months.

StoneCo stock still has a mountain to climb despite its big gain for the day because it is still down almost 80% over the past 12 months.

In a shareholder letter, CEO Thiago Piau said the firm had “tried to do too much last year.” In Q3 the firm took a painful write-down on the valuation of its investment in Brazilian digital bank Banco Inter as well as paused its credit operations.

While earnings Thursday missed some estimates, a 74% revenue jump to $336 million was above views. It also delivered upbeat Q1 revenue guidance.

Buffett’s Berkshire Hathaway (BRKB) has held the vast majority of its shares in the firm despite its decline. It currently holds 10.7 million shares, just over 4% of the float.

It posted an adjusted loss per share of 4 cents while revenue of $207 million in the period beat analyst views. Revenue guidance was also sunny. Shares gained more than 12% and retook the 50-day line.

Meme stock GameStop managed to reverse higher despite the firm’s unexpected loss during the holiday quarter.

The firm seems to have been boosted after it said it will launch a new nonfungible token marketplace by the end of Q2. CEO Matt Furlong said the firm is in the early innings of evolving into a “customer-obsessed technology company.”

GameStop stock remains on a downtrend for the year and has shed almost 40% of its value so far this year.

Packaging Corp. of America is just under its buy zone after earlier clearing a consolidation pattern entry of 156.54. The stock boasts a good mix of earnings and stock market performance.

Trinity Industries remains actionable after breaking out of its own consolidation. The ideal entry here is 33.87. The RS line is at new highs.

The transportation equipment manufacturer has been seeing earnings gather pace in recent quarters, while its market performance is very strong. Big money has also been buying the stock of late.

Metaverse play Arista Networks has cleared an aggressive entry near 127. It is also forming a double-bottom base. The bullish move saw ANET join the IBD Leaderboard list of leading stocks.