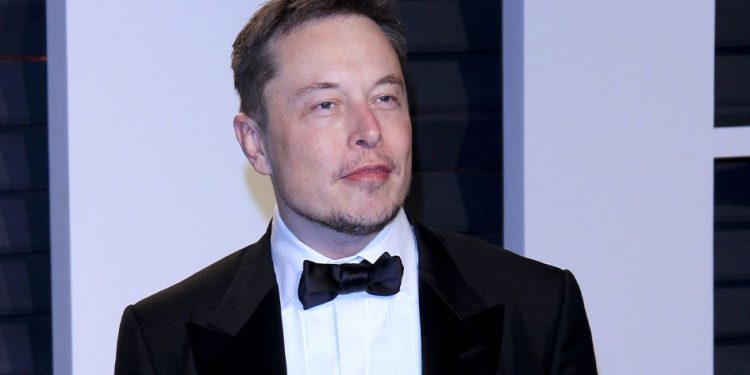 One flaw for the day was volume. It was lower on both the New York Stock Exchange and the Nasdaq compared with Monday, according to early data.

Meanwhile, the yield on the benchmark 10-year Treasury note rose six basis points to 2.38%. Oil slipped slightly, with West Texas Intermediate crude down 0.7% to about $111 per barrel.

The Nasdaq was boosted by a strong day for tech stocks. It closed up 2%, rising above it 50-day moving average in the process. NetEase (NTES) was one of the best performers as it gained 6.5%.

The S&P 500 also impressed as it gained 1.1% for the session. It is now back above its 200-day moving average. Epam Systems (EPAM) was among the standouts here, finishing the day up nearly 7%.

The S&P sectors ended the day mostly positive, with consumer discretionary, communications services, financials and technology making the best gains. Energy was the only laggard.

Small caps also managed to give the bears a bloody nose, with the Russell 2000 rising 0.9%.

The Dow Jones Industrial Average lagged the other major indexes but still closed up about 250 points, or 0.7%.

Apple stock was one of the best performers on the index after rising 2.1%. AAPL stock is trading below a double-bottom pattern entry. The ideal buy point here is 176.75, according to MarketSmith analysis.

Apple popped higher despite Barclays only reiterating an equal weight rating on the stock Tuesday. It said the potential success of iPhone 13 cycle is difficult to judge amid ongoing worldwide supply chain woes.

But it was Boeing (BA) that made the best advance, closing with a gain of 2.8%. It was fighting back after falling Monday on the news that a 737-800 plane crashed in a mountain area of the Guangxi region in China.

Johnson & Johnson (JNJ) lagged most with a slender loss of 0.5%.

Elon Musk impressed with his dance moves at the opening of the new Tesla factory in Germany.

“This is a great day for the factory,” the jolly CEO exclaimed. He also told the audience that the opening is “another step in the direction of a sustainable future.”

The Berlin manufacturing facility, which opened today, is aiming to produce up to 500,000 vehicles per year.

Tesla stock was also boosted by Goldman Sachs reiteration of it as a buy. It said the firm is successfully navigating rising energy prices and the supply chain crisis. It also expects rising EPS due to higher pricing and “to a lesser extent higher volumes.”

It was not all good news for Musk though. In a legal filing Tuesday the Securities and Exchange Commission asserted that he remains bound by a 2018 agreement to get permission before making certain tweets.

It also said his motion to quash a subpoena asking for records of his Twitter poll last November about whether he should sell shares is “substantively meritless.”

Tesla ended the day with a gain of 7.9%. It is now back above its 50-day and 200-day lines.  TSLA is a member of the IBD Leaderboard list of leading growth stocks.

China stocks were showing signs of life as they rallied back strongly Tuesday.

Alibaba, often called the Amazon (AMZN) of China, impressed as it ended the day with a strong gain of 11.1%.

It comes after it increased its share buyback program from $15 billion to $25 billion, effective through March 2024.

While it topped its 50-day line, it remains rooted below its 200-day moving average.

Meanwhile, e-commerce play Pinduoduo (PDD) was the top stock on the Nasdaq as it vaulted 18.9%. Baidu (BIDU) also stood out, rising 5.4%.

Darling Ingredients cleared a cup-with-handle entry of 80.31. It ended the day up nearly 5% on strong volume.

Darling stock had already been added to the prestigious IBD Leaderboard list Monday after it passed a narrow trendline entry point.

The company specializes in recycling spent cooking oil for use in biodiesel.

IBD 50 stock Alpha and Omega Semiconductor also impressed as it surged out of buy range past a 59.48 cup-with-handle entry.

The chip play boasts top notch earnings and price performance. The move was made in high volume, an encouraging sign.

Diversified manufacturing play Carlisle ended the session below its entry after rising above a consolidation pattern buy point of 250.33.

It boasts good all-around performance but institutional investors have been net sellers of the stock in recent weeks.