Dow Jones Futures: What To Do As Stock Market Correction Continues; Elon Musk To Buy Twitter 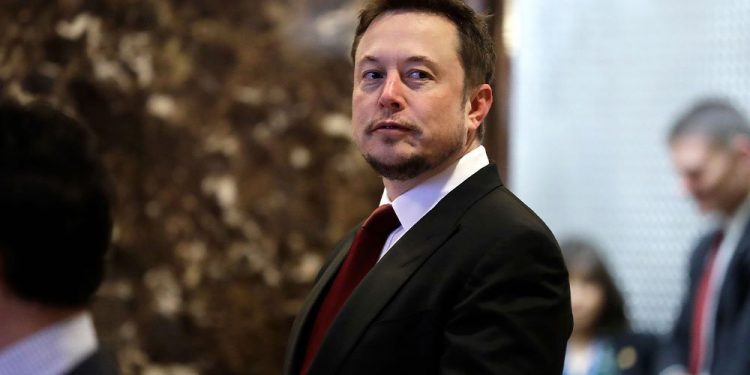 Packaging Corporation of America (PKG) was a key earnings mover after the close. PKG shares rallied more than 1.5% in extended trade.

Microsoft and Tesla are IBD Leaderboard stocks. Expedia and Palo Alto Networks were featured in this week’s Stocks Near A Buy Zone column.

Twitter (TWTR) jumped 5.7% after the company agreed to be acquired by Tesla CEO Elon Musk in a deal worth about $44 billion. Musk will take the company private upon completion. Tesla (TSLA) stock dipped 0.7% Monday.

“Free speech is the bedrock of a functioning democracy, and Twitter is the digital town square where matters vital to the future of humanity are debated,” Musk said in written remarks.

“I also want to make Twitter better than ever by enhancing the product with new features, making the algorithms open source to increase trust, defeating the spam bots, and authenticating all humans,” he went on to say. “Twitter has tremendous potential — I look forward to working with the company and the community of users to unlock it.”

Stock Market Correction Continues: What To Do Now

Monday is Day 1 of a new rally attempt. Amid the new stock market correction, investors should be taking profits and raising cash. Also, keeping a watchlist of stocks holding up well in a down market is a good way to be prepared for the next stock market uptrend.

You can find many of the next uptrend’s leaders while the market is still correcting, which can be done by using the relative strength line. The RS line measures a stock’s price performance vs. the S&P 500. If the stock is outperforming the broader market, then the RS line angles upward. If a stock is performing worse than the broad market, then the line will point lower.

Friday’s The Big Picture column commented, “After getting turned away at its 200-day moving average Thursday, the S&P 500 plunged 2.8%, taking out Monday’s low. The index is still holding above the March 16 follow-through day’s low, but the weak action was enough to change IBD’s market outlook to a market correction.”

Dow Jones financial stock American Express is tracing a cup with handle with a 194.45 buy point. Shares rose 2% Monday, ending about 5% away from the latest entry.

Keep an eye on the stock’s relative strength line. Amid its recent rise, the RS line is starting to move closer to its old highs, meaning it is again outperforming the broad market.

IBD Leaderboard stock LPL Financial remains above a 191.08 buy point in a cup with handle, but double-digit gains faded during the recent slide. On April 21, shares climbed as much as 15.5% above the entry, which means that the stock is close to triggering the round-trip sell rule, according to IBD MarketSmith chart analysis.

Thursday’s IBD Stock Of The Day, Expedia, is building a cup with handle with a 204.08 buy point. Shares are trying to regain their 50-day line, but are having some trouble at that key resistance level. EXPE stock shows a 90 out of a perfect 99 IBD Composite Rating, per the IBD Stock Checkup.

World Wresting Entertainment also found support around its 50-day moving average Monday, slashing sharp losses to just 0.3%. Shares are just below a 60.94 buy point in a cup with handle.

Among Dow Jones stocks, Apple shares triggered the 7%-8% loss-cutting rule from a 176.75 buy point in a double-bottom base in recent weeks. Apple stock found support at its long-term 200-day line, rising 0.7% Monday.