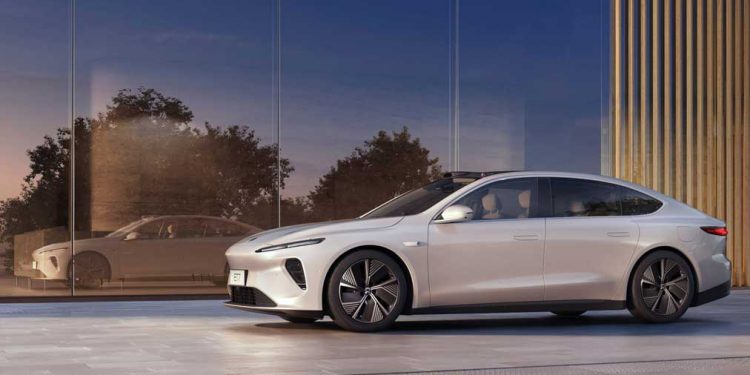 Dow Jones futures fell slightly overnight, along with S&P 500 futures and Nasdaq futures, with Micron earnings after the close. A slew of automakers reporting sales and a key manufacturing index are on tap.

The stock market rally, already under pressure, lost further ground in a volatile Thursday session. The S&P 500 capped the worst first half of a year in more than 50 years while the Nasdaq had its worst start ever.

Bitcoin traded below $19,000, moving back toward recent 18-month lows.

The stock market rally tumbled to start Thursday’s trading before rebounding almost back to break-even before fading again for solid losses.

Gasoline futures dived 6.7% on Thursday, continuing a noticeable retreat. That should mean more relief at the pump, after retail prices peaked at $5.01 a gallon in mid-June.

But MU stock was volatile overnight, recently trading down 3%, near a recent 19-month low. But that’s a relatively muted reaction, suggesting that investors had already braced for grim guidance.

Li Auto, Xpeng and Nio deliveries on Friday should show a further recovery from China’s Covid restrictions, with the Shanghai lockdown ending on June 1. The EV startups could show June production and sales approached pre-lockdown levels. With all three kicking off deliveries of new models later this year, the chip crisis waning, and local governments boosting EV subsidies, sales should keep ramping up in the second half of 2022.

Meanwhile, China EV and battery giant BYD will likely follow on Saturday or Sunday. Its EV and plug-in sales have topped 100,000 vehicle for three straight months. BYD’s in-house chip and battery production shields it from shortages and lockdowns. Some data suggest BYD will report fresh record sales in June. New factories, models and markets should fuel continued booming growth for BYD through the rest of the year.

Tesla will probably report second-quarter deliveries on Saturday morning. Deliveries likely fell to roughly 260,000 due to the Shanghai plant being shut down for much of April, with full production not returning until early June. The Shanghai plant may again be shut down in much of July, perhaps in stages, to upgrade equipment to significantly expand capacity.

While the chip crisis may start to ease later this year, ongoing shortages likely took a serious toll on U.S. auto sales in June and the second quarter. GM, Chrysler parent Stellantis, Toyota and especially Honda should report sharp declines vs. a year earlier. Ford is expected to report a slight gain, though its results may not come Friday.

GM stock, Ford and the other traditional automakers are all trading at or near 52-week lows.

The Dow Jones closed below the low of its June 24 follow-through day on Thursday, two days after the Nasdaq and S&P 500 did so. This is a highly bearish signal, with a 90% chance that the market rally will ultimately fail, undercutting recent lows.

In the next few weeks, expect a slew of companies warning or missing on earnings or guiding low. At some point, markets will price in the negative economic and corporate news, but that could be a long process.

Some China EV makers such as Li Auto and BYD stock, defense plays like Northrop Grumman (NOC) and solar stocks such as Enphase Energy (ENPH) are doing relatively well.

This is not a good time be long in the stock market. You could choose to hold, say, a medical stock that’s working, but be ready to take partial profits quickly and pull the trigger if conditions deteriorate.

It’s also not a great time to be short, either. Shorting is always tricky, given the risk of sudden, fierce rallies, Thursday’s rebound off lows was just a mild version of that. Stocks and the major indexes have already retreated significantly this week, not to mention the sharp losses in 2022.

This is a good time to study past bear markets, revisit investing books and prepare for the next sustained uptrend. Stay engaged and build up your watchlists.