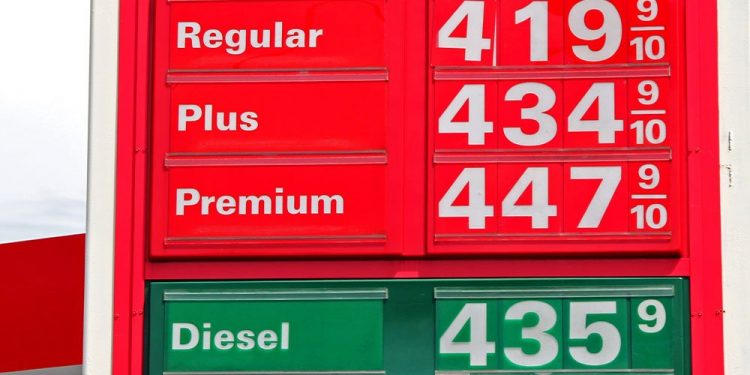 Shares of both JPMorgan and Morgan Stanley dropped in early trade after weaker-than-expected results. Chip manufacturer TSMC stock moved up almost 2% after beating second-quarter estimates and offering a better-than-expected forecast for the current period.

Northrop and UnitedHealth are IBD Leaderboard stocks. BJ’s is an IBD 50 stock. Quanta was an IBD Stock Of The Day last week. Northrop was featured in this week’s Stocks Near A Buy Zone column.

Before Thursday’s open, Dow Jones futures sold off 1.4%, S&P 500 futures dropped 1.25% and Nasdaq 100 futures were down 0.9% vs. fair value. Remember that overnight action in Dow futures and elsewhere doesn’t necessarily translate into actual trading in the next regular stock market session.

The Labor Department’s Producer Price Index showed prices up 1.1% in June, higher than estimates that called for a 0.8% rise. Producer inflation jumped 11.3% year-over-year, much hotter than the 10.4% estimates and higher than May’s 10.8% increase. The producer price index is a measure of pricing strength based on selling prices received by domestic producers for their output.

Wednesday’s The Big Picture column commented, “The S&P 500 marked its fourth straight decline. Thus, it gutted nearly all of the nice gains of 3% achieved during a four-day upswing. NYSE volume, meanwhile, rose slightly. That marks a third day of distribution since the market outlook changed to a confirmed uptrend with the June 24 follow-through day.”

JPM shares finished Wednesday about 35% off its 52-week high.

IBD 50 stock BJ’s Wholesale is still in the 5% buy range above a 67 buy point from a cup-with-handle base after Wednesday’s 0.2% rise. The stock’s relative strength line is at new highs, which is a sign of big stock market outperformance. Shares were unchanged early Thursday.

Dollar Tree is still below its cup-with-handle’s 166.45 buy point Wednesday, despite rising 1.1%. On a positive note, the discount retailer’s RS line is right at a new high. Dollar Tree stock shows a strong 97 out of a best-possible 99 IBD Composite Rating, per the IBD Stock Checkup. Dollar Tree shares were flat Thursday morning.

IBD Leaderboard stock Northrop Grumman is building a new flat base that has a 492.40 buy point. NOC shares are now trying to find support around their key 50-day line. The stock was flat Thursday.

Quanta Services is putting the finishing touches on a cup-with-handle base that has a 138.56 buy point, according to IBD MarketSmith chart analysis. Shares are about 5% away from the latest entry after Wednesday’s 0.1% rise. Shares traded unchanged in morning trade.

Tesla stock rallied 1.7% Wednesday, ending a two-day losing streak. Shares threatened to give up a bulk of those gains, skidding 1% in morning trade Thursday.

Shares are beneath their 50-day line and even further below their 200-day line ahead of the company’s July 20 earnings report date. Tesla stock traded as high as 1,243.49 on Nov. 4. Shares are about 44% off that record high.

Among Dow Jones stocks, Apple shares fell 0.25% Wednesday, but are still holding above the 50-day line after last week’s bullish gains. Shares remain far below their long-term 200-day line and are about 20% off their 52-week high. Apple earnings are due out July 28. Apple shares fell 1% Thursday.