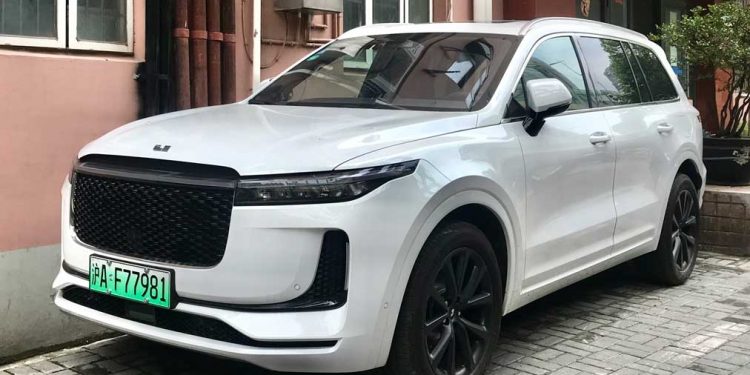 Dow Jones futures rose Thursday morning, along with S&P 500 futures and Nasdaq futures, signaling a market rally rebound after the major indexes fizzled Wednesday. China EV stocks such as Li Auto (LI), Xpeng (XPEV) and Nio (NIO) were among the early leaders on the strongest signals yet that the Chinese government will extend EV subsidies past 2022.

The stock market rally attempt is not yet confirmed, though a follow-through day could potentially occur Thursday.

Li Auto stock is signaling a breaking out from a long, deep consolidation. China EV and battery giant BYD (BYDDF), which is not yet trading, could clear a cup-with-handle base.

Remember that premarket action in Dow futures and elsewhere doesn’t necessarily translate into actual trading in the next regular stock market session.

On Wednesday, the major averages opened sharply lower, then rebounded solidly higher before fizzling out to end with slim losses as investors tried to assess Fed chief Jerome Powell’s testimony before the Senate Banking Committee.

A high-level government meeting indicated that China will extend EV subsidies past Dec. 31. Chinese Premier Li Keqiang led an executive meeting of the State Council on Wednesday, saying the country will study extending the exemption of purchase tax for EVs and plug-in hybrids, according to a CCTV report Wednesday night.

Several local governments have already boosted subsidies for EV or hybrid sales, including Shenzhen and Shanghai. The Chinese government will encourage affordable EV and hybrid sales in rural areas.

Li Auto stock jumped 6.3% to 39.11 before the open. That signals an easy move above a 33.75 buy point from a long and very deep consolidation. But LI stock has doubled from May 10 and is greatly extended from moving averages. On the plus side, Li Auto’s relative strength line has surged to 52-week highs.

Nio stock climbed more than 3% and XPEV stock jumped 5%. Both are moving toward their 200-day moving averages after reclaiming their 50-day lines earlier this month.

BYD stock, which trades over the counter in the U.S., is not active in premarket trading after dipping to 38.30 on Wednesday. BYDDF is close to a 39.81 buy point from a 48%-deep cup-with-handle base.

Elon Musk said “Berlin and Austin factories are gigantic money furnaces right now.” That was from part of a May 31 interview with the Tesla Owners Silicon Valley in Austin, Texas, that was released Wednesday night.

“It’s really like a giant roaring sound, which is the sound of money on fire,” Musk said. The new car factories in Texas and Berlin are “losing billions of dollars right now. There’s a ton of expense and hardly any output.”

Musk blamed battery and supply chain shortages for the weak output. Tesla production from those factories was supposed to ramp up slowly, but even so appears to have been weak.

But it’s another challenge for Tesla to rebound to record production and deliveries in the third quarter, after Covid-related shutdowns severed affected the Shanghai plant in the second quarter.

Still, Tesla stock rose 1% in premarket trading. Shares edged lower on Wednesday, back below their 21-day moving average, but after rebounding 9.35% on Tuesday.

Thursday marks day four of a stock market rally attempt on the S&P 500 and Nasdaq. So investors can start looking for a follow-through day. The Dow Jones is only on day three of its rally attempt.

But with the major indexes hitting resistance at their 10-day moving averages, and well below more-substantial moving averages and resistance levels, investors should be skeptical of the current rally for now. However, even if a follow-through day does confirm a new uptrend in the near future, investors should remain cautious about adding exposure.