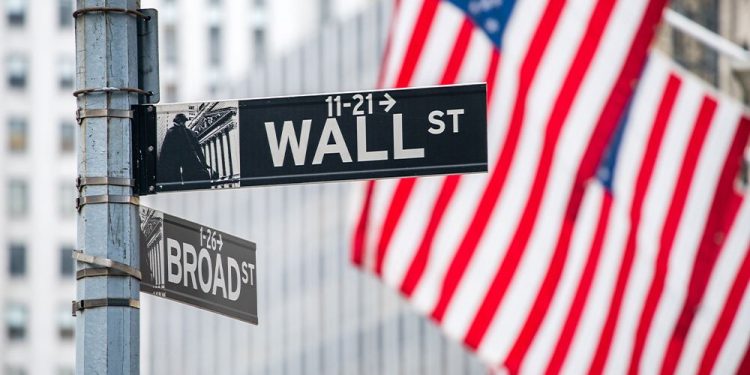 Biotech Seagen (SGEN) was an early leader on the Nasdaq, up more than 4% on reports that Merck (MRK) could be near a takeover agreement. Freeport McMoRan (FCX), Caterpillar (CAT) and Cummins (CMI) led miners and related stocks at the top of the S&P 500, as copper prices rebounded following a $220 billion stimulus proposal in China.

In a volatile stock market environment, Dow Jones leaders Johnson & Johnson (JNJ), Merck and UnitedHealth (UNH), as well as AutoZone (AZO), BYD (BYDDF), Evolent Health (EVH) and Quanta Services (PWR), are among the stocks to watch. Keep in mind that ongoing stock market volatility is a reason to stay defensive.

Evolent Health and UnitedHealth are IBD Leaderboard stocks. Evolent was IBD’s Stock Of The Day on Wednesday. And BYD featured in this week’s Stocks Near A Buy Zone column.

The 10-year Treasury yield ticked higher to 2.92% Thursday following Wednesday’s climb to 2.91%. In mid-June, it hit its highest level since April 2011, at 3.48%. Meanwhile, U.S. oil prices looked to take back some of this week’s sharp losses, with West Texas Intermediate trading around $100 a barrel. In early March, WTI briefly topped out above $130.

The Labor Department said first-time unemployment claims rose to 235,000, above estimates and higher than 231,000 in the prior week.

Those reports preface Friday’s U.S. payrolls report. Econoday estimates expect U.S. employers to have added 270,000 jobs in June, a sharp drop from the 390,000 jobs added in May.

On Wednesday, the stock market reversed from early losses to end with modest gains. The S&P 500 led the way, gaining 0.4%.

Wednesday’s The Big Picture column commented, “The Nasdaq composite showed noteworthy price action with a move above its 21-day exponential average. But a 1% late gain faded to 0.3% by the close. Still, the index closed above its 21-day line, which has been a resistance level since May. The longer the Nasdaq can hold above the 21-day line, the better chance it has of making a run toward its 50-day line.”

Drug giant Merck rose 0.5% Wednesday, and is about 2% below its flat base’s 95.02 buy point. Early Thursday, the stock was down about 2% after the Wall Street Journal reported Merck is in talks to acquire Seagen in a deal that could be worth roughly $40 billion or more. Medical stocks in general, and biotechs in particular, have shown rising strength in recent stock market action.

AutoZone shares are still trading in buy range past their cup-with-handle’s 2,130.60 buy point Wednesday amid a 1.3% gain. Shares were flat Thursday.

IBD Leaderboard stock Evolent Health is in buy range past a 32.55 buy point in a cup with handle following Wednesday’s 4.5% breakout move. The 5% chase zone runs up to 34.18. Evolent shares shed 1.3% Thursday.

Quanta Services is tracing a messy cup with handle that has a 138.56 buy point, according to IBD MarketSmith chart analysis. Last week, shares found strong support around their 50-day line, which is a key level to watch. Quanta stock was flat Thursday morning.

Tesla stock slid 0.6% on Wednesday, snapping a two-day win streak. Shares looked to rebound from those losses Thursday morning, moving up around 1%.

Among Dow Jones stocks, Apple shares rallied 1% Wednesday, climbing for a third straight session. But the stock remains far below its long-term 200-day line. A test of the 50-day line could be imminent. The stock is about 22% off its 52-week high. Apple shares moved up 0.15% Thursday morning.

Software leader Microsoft climbed 1.3% Wednesday, closing above its 50-day line for the first time since April 7. The stock closed about 24% off its 52-week high. Microsoft shares edged higher early Thursday.