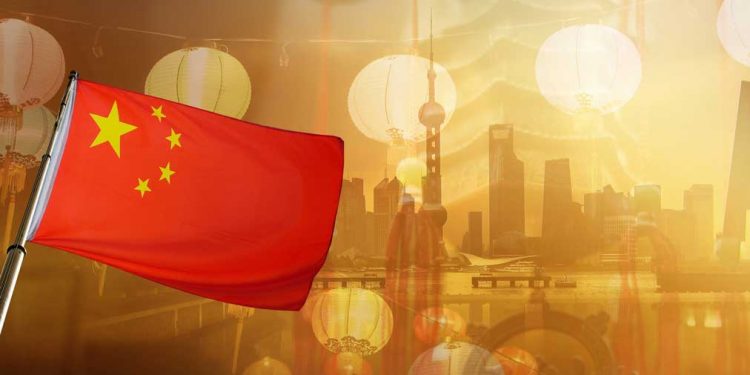 Dow Jones futures rose Friday morning, along with S&P 500 futures and Nasdaq futures, after a huge market sell-off sent the Dow Jones, S&P 500 and Nasdaq composite to their worst levels since late 2020.

China EV startups Nio (NIO), Xpeng (XPEV) and Li Auto (LI) all rallied in premarket trade as well. China EV and battery giant BYD (BYDDF) was not yet active, but is close to record highs.

Tesla (TSLA) rose nearly 2% before the open. The EV giant raised Model Y prices in China, a day after hefty U.S. price hikes on most of its EVs. TSLA stock dived 8.5% on Thursday to just above its 11-month low set on May 24.

Premarket action in Dow futures and elsewhere doesn’t necessarily translate into actual trading in the next regular stock market session.

China’s central bank has accepted Ant Group’s application to become a financial holding company, Reuters reported, citing sources. That could be a step toward the long-sought after IPO of the digital financial giant. China’s last-minute halt to the Ant IPO in late 2020 marked the beginning of China’s tech crackdown.

BABA stock jumped 10%, moving toward another test of resistance at its 200-day line, after reclaiming its 50-day a few weeks ago.

JD.com stock leapt 9%, also advancing toward its 200-day line. The stock advanced despite CEO Xin Lijun on Friday telling Bloomberg overnight that consumers are curbing discretionary spending, even after Shanghai ended lockdowns on June 1. But he did see a recovery over the second half of the year.

PDD stock popped 7%, set for another test of its 200-day line. Pinduoduo is China’s No. 3 e-commerce firm after Alibaba and JD.com.

As for EV stocks, Nio stock climbed 4.5% and Xpeng 7%. Both have held support at their 50-day lines, but have some distance to their 200-day lines. This week Nio unveiled its latest EV, the ES7 SUV. It’ll be Nio’s third new EV this year for a lineup of five vehicles.

Li Auto stock rose 7% to 34.12, with the EV maker on track for its sixth weekly gain. Shares are in a deep, long consolidation with a 37.55 buy point. A handle, the longer the better, would be constructive. The relative strength line for LI stock is at a 52-week high.

Li Auto will unveil a second hybrid SUV, the L9, next week, with deliveries starting in Q3.

BYD stock, which trades over the counter in the U.S., is not yet trading. Shares have retreated this week after nearing record highs. BYD stock has a 41.24 buy point from a deep cup base, according to MarketSmith analysis. But it’s working on a handle, which should appear on a weekly chart after Friday, with a 39.81 buy point. The RS line for BYD stock has just pulled back from a record high.

BYD, which wasn’t greatly affected by the Covid lockdowns, will release several new models in the next several weeks. It’ll begin Australia deliveries in Q3.

Adobe earnings rose 11% in the second quarter, while revenue rose 14%, both modestly topping. But the software giant guided low on full-year results. ADBE stock fell 4% before the open. Adobe stock hit a two-year low on Thursday.

U.S. Steel guided up on Q2 earnings late Thursday. That followed strong preliminary results on the June-ended quarter from Nucor (NUE) and Steel Dynamics (STLD) earlier in the week.

U.S. Steel stock popped 8% before the open, but that would only cut big weekly losses. Nucor and STLD stock also are down for the week amid the broad market sell-off. If the economy does go into recession, steel demand and pricing would likely weaken substantially.

Apple stock rose about 1%. So did Microsoft stock and META stock. All slid to 52-week lows on Thursday.