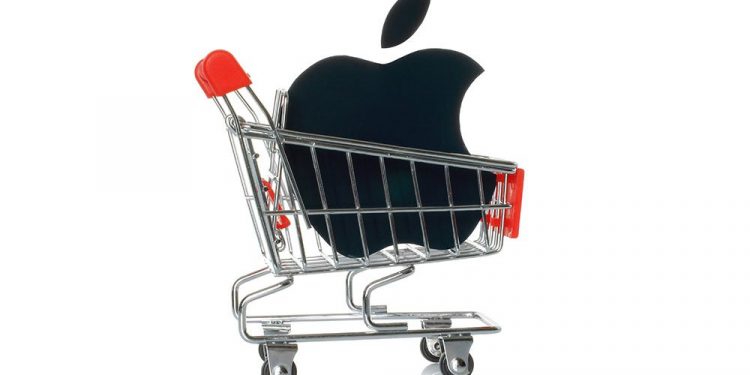 Dow Jones futures were little changed overnight, along with S&P 500 futures and Nasdaq futures, with Cisco earnings and BBBY stock news in focus.

The stock market rally pulled back Wednesday amid key resistance. The major indexes initially pared losses following the release of Fed minutes from the July 27-28 meeting, but faded again by the close.

Apple (AAPL) cleared a trendline entry, with the megacap stock technically actionable ahead of an official breakout.

BJ’s Wholesale (BJ), a rival to Costco Wholesale (COST), reports before Thursday’s open. BJ’s stock is not far from a buy point while Costco is right at a buy point.

Federal Reserve policymakers at the late July meeting agreed that further rate hikes are necessary, according to the newly released Fed minutes.

Declining commodity prices, including energy, aren’t enough, according to the Fed minutes, with policymakers stressing that inflation pressures are broad-based. But they also worried about slowing the economy too much.

They didn’t seem concerned that financial conditions eased since the June meeting, including lower Treasury yields and a stock market rally.

All in all, the Fed minutes held no hawkish surprises, slightly easing rate hike expectations.

Still, markets now see a 63.5% chance of a 50-basis-point Fed rate hike on Sept. 21. Earlier Wednesday, before the Fed minutes release, odds were about evenly divided between a half-point move or a third straight 75-basis-point move.

The stock market rally saw losses across the major indexes after a mixed outing on Tuesday.

July retail sales were flat, the Commerce Department reported Before Wednesday’s open. That was slightly below views. But sales excluding autos and gasoline climbed 0.7%, bolstering expectations that the U.S. economy is returning to growth in the third quarter.

Apple stock, a member of the Dow Jones, S&P 500 and Nasdaq composite, rose 0.9% to 174.55 on Wednesday. AAPL stock moved above a down-sloping trendline going back to early January. That offers a buying opportunity.

The official buy point is 183.04, according to MarketSmith analysis. Investors could view the Apple stock chart as an awkward double-bottom base with a 179.71 entry.

AAPL stock rose in volume that was slightly above normal. But most of its strong uptrend over the past two months has been on below-average trade. The tech titan could use a break. A handle would create a lower buy point and let the moving averages catch up.

Apple stock is outperforming other megacaps and the broader market: Its relative strength line, the blue line in the charts provided, has been hitting record highs for a few weeks.

SQM earnings were not yet out Wednesday night. Shares dipped 1.2% to 104.42 in Wednesday’s regular session after skidding 5.1% Tuesday in a downside reversal. SQM stock is working on a 115.86 cup-base buy point after topping a 99.84 early entry last week from a too-low handle A proper handle would be ideal for SQM stock.

Synopsys earnings topped views while guidance also was strong. SNPS stock edged up in late trading. Shares fell 1.2% to 381, holding above an official 377.70 buy point. Synopsys stock already cleared some early entries in late July and is still well above its 50-day line. If shares pause near the top of the base, that could create a buying opportunity.

Cisco topped fiscal Q4 views and guided up for Q1. CSCO stock rose solidly in extended trade. Shares edged down 0.2% to 46.66 on Wednesday. Cisco stock rallied modestly from its early July lows, but is far below its falling 200-day line.

A day after the S&P 500 stopped just short of the 200-day moving average, the major indexes pulled back Wednesday. The Fed minutes moved stocks but they ultimately closed about where they were at 2 p.m. ET.

Small caps and highly valued growth stocks were the biggest losers, but declines were broad-based outside of energy.

The Dow Jones held support at its 200-day line. The Russell 2000 undercut that key level. The S&P 500 and Nasdaq have not reached it.

The market rally has come a long way from its June lows with the 200-day line a clear resistance area. So this is an obvious time and place for the major indexes to pause or pull back.

For now, the market rally seems reluctant to cede much ground. Arguably, a bit more of a pullback would be constructive. It would let Apple and other stocks that have run up the right side of bases take a break and form handles.

But the market is going to do what it’s going to do. The indexes could quickly run past the 200-day line or retreat sharply to the 50-day line, or worse.

What to Do Now

Stocks tend to follow the market and industry trends. That’s why it’s so important to pay attention to the general market, adding exposure in confirmed uptrends and moving largely or entirely to cash in corrections.

With the market hitting resistance at the 200-day line, investors should wait before adding to net exposure. They could consider taking some partial profits.

But keep working on watchlists. A market pause that refreshes could create major opportunities.