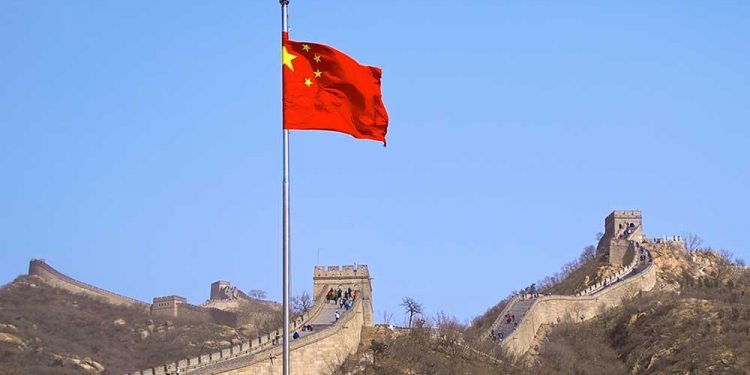 Li Auto, Hershey and AZN stock are on the IBD 50. Hershey was Monday’s IBD Stock Of The Day. The video embedded in the article highlighted the market action and analyzed BABA stock, AstraZeneca and Hershey.

Over the weekend, regulators fined Alibaba, Tencent (TCEHY) and several other tech firms for failing to disclose some past takeovers. The 500,000 yuan fines were relatively small, but raised concerns that Beijing’s crackdown vs. tech giants isn’t over.

Macau shut down casinos and most businesses for a week, reviving fears over China Covid restrictions.

Alibaba stock plunged 9.4% 109.57, closing below its 21-day moving average for the first time since late May. Last Thursday, BABA stock moved above its 200-day line and cleared some resistance above the 121 level, offering an aggressive entry. Shares dipped below those key levels on Friday.

While a strong move above last week’s highs could be actionable, ideally BABA stock would form a consolidation above its 200-day line

Li Auto stock fell 4% to 37.33. just below 37.55 buy point. Shares are still greatly extended from their 50-day line. It’s possible LI stock could form a shallow base on top of the long, deep consolidation. The past few weeks could be viewed as a handle to a base going back all the way to late 2020.

AstraZeneca stock dipped 0.3% to 66.75 after flirting with a 67.50 double-bottom buy point, according to MarketSmith analysis. The relative strength line for AZN stock, the blue line in the charts provided, is just below a high.

HSY stock edged up 0.4% to 220.65, just below a 222.75 cup-with-handle buy point. While defense stocks are in favor right now, that doesn’t mean they’re safe. Many food and beverage plays, including Hershey stock, plunged on May 18. However, shares have rebounded since late June.

Faced with buyer’s remorse, Musk said late Friday that he no longer wants to buy Twitter, something he had strongly signaled for the past several months. Twitter said a deal’s a deal, moving to force Musk to go ahead with the $44 billion, $54-a-share takeover. Twitter hired a merger law heavyweight to represent it. Legal experts say Musk has a weak case.

After the close, Twitter rose slightly. The company, via its lawyers, said that Musk’s bid to terminate the takeover is “invalid and wrongful.”

Tesla stock, which rose slightly near the open, tumbled 6.55% to 701.99. It’s likely that some or even most of Monday’s losses reflected growth-led market weakness and China concerns. TSLA stock fell back below the 50-day line after closing above that level Friday for the first time in two months. Shares also dropped slightly below their 21-day line.

Given last week’s market gains to key levels, Monday’s retreat wasn’t surprising, especially with the negative China news and so much key data on tap.

The Nasdaq fell back from the 50-day and 10-week moving averages. which have served as major resistance in 2022. That doesn’t mean this test has already failed. The index could stall around these levels for several days or weeks before breaking through.

The Nasdaq closed slightly below its 21-day moving average. The S&P 500, Dow Jones and Russell 2000 also undercut that short-term level.

Beyond the China news, it’s hard to be courageous at current levels with key news on tap.

Wednesday’s consumer price index is expected to show inflation rose slightly from May’s 40-year high of 8.6%. Core inflation should cool slightly. With gasoline prices falling significantly since the June 14 peak, and with commodity prices down sharply over the past several weeks, headline inflation should ease . So it’s unclear how markets will react to June inflation data.

A Fed rate hike of 75 basis points in late July seems locked in, with a tiny chance of a full percentage point. The real impact will be on the impact for future Fed rate hikes. But policymakers will get two more CPI and jobs report before the September meeting, with a slew of other data by the November Fed meeting.

Guidance will be key amid fast changes in the economy.

With the market hitting resistance ahead of big economic and corporate news, investors may not want to be adding to modest exposure in the very short term. Certain sectors are working, notably defensive or defensive growth names as HSY stock and AbbVie. But if the market rebounds strongly, defensive names may sell off or lag. So don’t get too concentrated into a particular sector or theme.

Investors may want to take partial profits in any recent winners.