Dow Jones Futures: Market Rally Gets What It Needs, Not What You Want 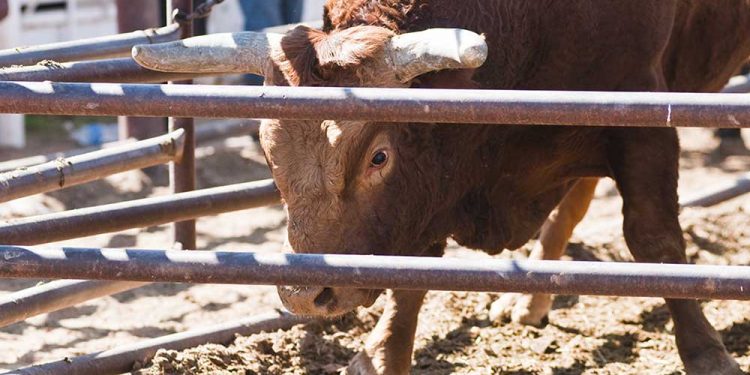 Dow Jones futures tilted higher overnight, along with S&P 500 futures and Nasdaq futures. The major indexes retreated modestly Wednesday amid a strong stock market rally since March 14. Crude oil prices and other commodity prices rebounded while Treasury yields fell. Key inflation data is on tap Thursday as the Federal Reserve mulls how fast to raise interest rates in the next several meetings.

Banks were big losers as Treasury yields fell with the yield curve close to inverting. Chips and software also pulled back, though often after several days of gains. Apple stock, Tesla (TSLA), Microsoft (MSFT) and Google parent Alphabet (GOOGL) barely budged. Apple (AAPL) is in buy range, though a market pause would be helpful. Microsoft and Google stock are above early entries, while Tesla stock is closing in on buy points.

Meanwhile, energy, fertilizer and other commodity plays rebounded Wednesday after retreating Tuesday. Many are extended. But oil major Shell (SHEL) is just below a buy point while quasi-sector laggard Philips 66 (PSX) is hovering around a potential entry.

The Federal Reserve’s next policy meeting isn’t until May 3-4, so there will be a few inflation readings before then. Still, the inflation and jobs report will signal whether policymakers will hike rates by 50 basis points in early May and future meetings, vs. quarter-point moves.

The stock market rally had a down session, led by techs and small caps.

Crude oil prices popped 3.4% to $107.82 a barrel, though off morning highs. Gold and base metals also advanced.

Shell stock rose 4% to 55.61, rebounding from its 50-day moving average. Investors could buy SHEL stock now, or wait for a breakout from the official 56.23 flat-base buy point. The flat base is part of a base-on-base formation.

The relative strength line for SHEL stock is holding near highs after a strong late 2021 advance.

PSX stock popped 4.8% to 87.44, retaking its 50-day moving average, as refiners and other energy plays rebounded along with crude oil prices. Phillips 66 has an official buy point of 94.44 in a consolidation going back to last June. Investors could use 93.64, just above the February short-term high, as an early entry. But aggressive traders could have used Wednesday’s move as a place to start a position, from both the 50-day line and breaking a short-term trendline.

Investors could still buy AAPL stock, or wait for a pause or handle. The RS line is at record highs again, reflecting Apple stock’s performance vs. the S&P 500 index. The RS line is the blue line in the charts provided.

Google stock tilted down 0.4% to 2,838.77, continuing to trade tightly over the last several sessions. GOOGL stock is actionable from the 200-day line as an early entry or as a Long-Term Leader. A handle around current levels would also be positive. The official buy point currently is 3,0313.03. The RS line is just below highs, but has been moving sideways since early September.

Microsoft stock dipped 0.5% to 313.86 after rebounding from its 200-day line in the prior two sessions. Investors could buy MSFT stock as an early entry or Long-Term Leader here, or after topping Wednesday’s intraday high. The official buy point is 349.77.

Tesla stock edged down 0.5% to 1,093.99, but after rising in 10 of the prior 11 sessions. The EV giant has been racing up toward a 1208.10 cup-base buy point and an early entry around 1,150. Ideally, Tesla stock would form a handle, creating a lower-priced, lower-risk buy point. And that handle should be noticeable. A barely perceptible handle on a daily chart probably won’t shake out many weak holders from a fast-charging TSLA stock.

To paraphrase the Rolling Stones, you can’t always get what you want, but sometimes you get what you need. The stock market rally can’t go up every day, with the key indexes retreating Wednesday. But that’s in the context of a rapid ascent for the past few weeks. The Nasdaq hitting resistance near its 200-day moving average is natural.

The slim losses in Apple, Microsoft, Google and Tesla stock helped mask the decline in the major indexes, along with gains in commodity plays.

But even so, the indexes and leading stocks don’t look damaged. Arguably, the market rally could use several days to pause or pull back. That would help Apple and Tesla stock form handles, among others. But the market is going to do what it’s going to do.

The stock market rally can’t go up every day. So investors should remain bullish, but levelheaded. Is this a long-awaited market pause, and will it last for more than a day or two? Don’t try to predict, just be ready to respond to the market’s actions.

The moves between commodity and growth stocks over the past two sessions shows the upside of having a portfolio of diversified leaders. It’s also a reason why investors should gradually boost exposure, to avoid making big new bets right at short-term tops.

Keep working on a broad watchlist, closely tracking a select group of stocks in or near buy zones.

The post Dow Jones Futures: Market Rally Gets What It Needs, Not What You Want appeared first on Investor’s Business Daily.