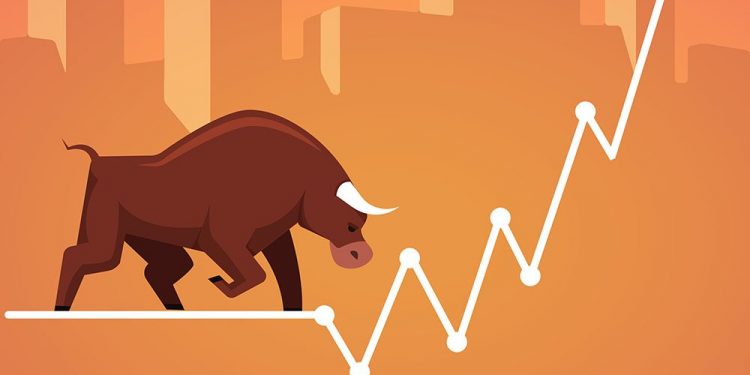 After Wednesday’s close, original meme stock GameStop (GME) announced plans for a 4-for-1 stock split. GME stock popped 6% overnight after closing down 2.4% to 117.30.

Stock splits have come back in favor. Amazon stock split 20-for-1 in early June. Google stock will split 10-for-1 on July 15 while Tesla has proposed a 3-for-1 split. But those tech titans have or had high share prices, making it difficult to trade, say, AMZN stock options. That’s not the case with GME stock.

At 8:15 a.m. ET, ADP will release its June estimate of private-sector hiring. At 8:30 a.m. ET, the Labor Department issues its weekly jobless claims report. Those come ahead of Friday’s June jobs report.

Fed minutes from the June 14-15 policy meeting revealed that policymakers said a “restrictive policy” was needed, and might need to become “more restrictive,” fearing that inflation could become “entrenched.”

Policymakers saw a late July hike of 50 or 75 basis points as likely, according to the Fed meeting minutes. But Fed chief Jerome Powell already said as much after the meeting.

More generally, the Fed minutes offered no real surprises and underscored the big shift in economic conditions in the past three weeks.

The Fed minutes mentioned “inflation” 90 times but not “recession” even once. Since the mid-June Fed meeting, recession fears have swelled while commodity prices have fallen sharply.

Earlier Wednesday, the Labor Department’s JOLTS survey showed that jobs openings fell to 11.254 million in May from April’s upwardly revised 11.68 million. That was slightly higher than expected, but the biggest month-to-month drop since August 2020.

The June ISM nonmanufacturing index dipped to a two-year low but topped views and still pointed to solid growth. The jobs subindex fell to 47.4 from 50.2, below the break-even 50 level.

The stock market rally moved between slim gains or losses for most of Wednesday’s trading. The major indexes gained steam after the 2 p.m. ET release of Fed meeting minutes, but then pared the advance in the closing minutes.

U.S. crude oil prices fell 1% to $98.53 a barrel, well off morning lows but after diving 8.2% on Tuesday. Gasoline futures, which topped $4 a gallon just a few weeks ago, sank 4% to $3.20. Prices at the pump have been falling for the past three weeks and are set to drop significantly in the next few weeks.

BYD stock rose 1.1% to 40.55, after briefly testing its 39.81 buy point from a deep cup-with-handle base for a fifth straight session intraday. On Sunday, BYD reported June sales of 134,036 EVs and plug-in hybrids, up 224% vs. a year earlier. For the second quarter, BYD sales topped Tesla deliveries by more than 100,000 vehicles. Tesla continues to lead in all-electric “BEV” sales, though that gap has narrowed considerably over the past year.

Li Auto stock fell 3.5% to 38.60. Intraday, shares sank to 37.10, but closed above the 37.55 buy point from a long, deep base. LI stock is still 39% above its 50-day line. Ideally, the hybrid SUV maker would form a short base here, letting Li Auto stock digest its huge gains from early May to late June. Li Auto will begin deliveries of its second premium SUV, the L9, in late August.

The stock market rally added to Tuesday’s rebound from intraday lows, but the major indexes still seemed to searching for direction.

The Nasdaq composite moved above its 21-day moving average on Wednesday, but the S&P 500 and Dow Jones hit resistance at that short-term average. All three major indexes are now back above the lows of their June 24 follow-through days. Tumbling below their FTDs last week pushed the market rally to “under pressure,” where it remains.

The late June and the 50-day line loom above the 21-day lines, with the early June peaks above that.

Good news on inflation and Fed rate hikes, including tumbling commodity prices and easing job markets, are bad news for a possible recession. So markets don’t quite know how to handle economic data.

It’s possible that the market will trend sideways for some time. That would allow a lot of bases to form and for clarity to develop on the economy and Fed policy. But even that occurs, there could be head fakes and shakeouts along the way for individual stocks and the overall market.

The stock market rally is under pressure, with the major indexes still facing a lot of key resistance levels. While a number of medicals and a handful of other stocks are acting well, even they can be prone to notable shakeouts.

So if you’re going to take positions, make them small and look for early entries. Consider taking at least partial profits quickly to lock in some gains. Don’t hesitate to cut losses short.

This Option Trade Could See A 60% Return

Do You Have Biotech FOMO? Why These Stocks Are Flying