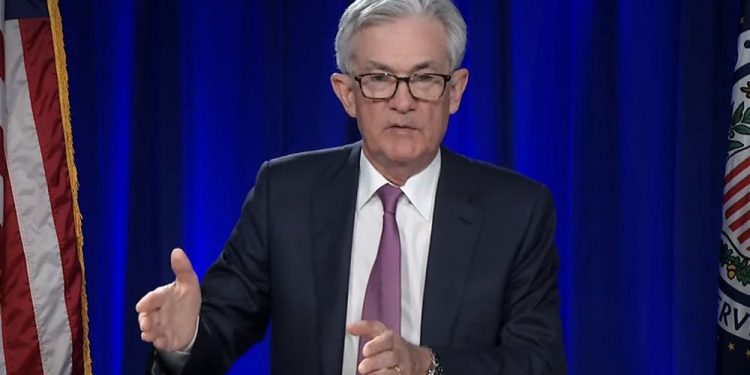 Dow Jones futures traded lower Wednesday morning ahead of the highly-anticipated release of the minutes from last month’s Fed meeting.

UnitedHealth is an IBD Leaderboard stock. BYD featured in this week’s Stocks Near A Buy Zone column.

The 10-year Treasury yield fell to 2.75% on Wednesday following Tuesday’s slide to 2.8%. In mid-June, it hit its highest level since April 2011, at 3.48%. Meanwhile, U.S. oil prices looked to regain a portion of Tuesday’s plunge, with West Texas Intermediate edging back above $100 a barrel. In early March, WTI briefly topped out above $130.

Minutes from the Federal Reserve’s most recent meeting are due out at 2 p.m. ET. At the June policy meeting, the Federal Reserve announced a 75-basis-point rate hike for the first time since 1994. The minutes should provide more details on Fed’s decision.

Meanwhile, the Labor Department’s Job Openings and Labor Turnover Survey, or JOLTS, report is due out at 10 a.m. ET. May’s job opening are expected to fall to 11.25 million from April’s 11.4 million.

On Tuesday, the tech-heavy Nasdaq composite reversed higher to close up 1.7%. The composite made an impressive 3.8% swing from low to high. And the Dow Jones Industrial Average also closed well off the day’s lows, down 0.4%.

Tuesday’s The Big Picture column commented, “Investors by now should realize that it’s impossible to discern market direction from one or two days of action. So while the last two sessions offer reason for stock market optimism, uncertainly over interest rates, inflation, geopolitics and other factors should keep traders on the defensive.”

Drug giant Merck rose a fraction Tuesday, and is about 3% below its flat base’s 95.02 buy point. Early Wednesday, the stock was up 0.5%.

Health care giant and IBD Leaderboard stock UnitedHealth gave up its 507.36 buy point in a double-bottom base during Tuesday’s 4.4% decline. UNH stock shows a 95 out of a perfect 99 IBD Composite Rating, per the IBD Stock Checkup. Investors can use the IBD Composite Rating to easily gauge the quality of a stock’s fundamental and technical metrics. Shares were flat Wednesday morning.

AutoZone shares are still holding just above their cup-with-handle’s 2,130.60 buy point Tuesday amid a 0.9% slip. Shares were flat Wednesday.

Eli Lilly rose 0.8% Tuesday, extending a win streak to four sessions. Shares are at the top of the 5% buy area that goes up to 329.81. Eli Lilly stock was unchanged early Wednesday.

Quanta Services is tracing a messy cup with handle that has a 138.56 buy point, according to IBD MarketSmith chart analysis. Last week, shares found strong support around their 50-day line, which is a key level to watch. Quanta stock was flat Wednesday morning.

Tesla stock rallied 2.55% on Tuesday, adding to Friday’s 1.2% rise. Shares threatened to give up a part of those gains Wednesday morning, moving down around 1%. Early Wednesday, the China Passenger Car Association said Tesla sold 78,000 China-made cars last month, up from 32,165 in May.

Among Dow Jones stocks, Apple shares rallied 1.9% Tuesday, but are still far below their long-term 200-day line. The stock is about 24% off its 52-week high. Apple shares moved down 0.4% Wednesday morning.