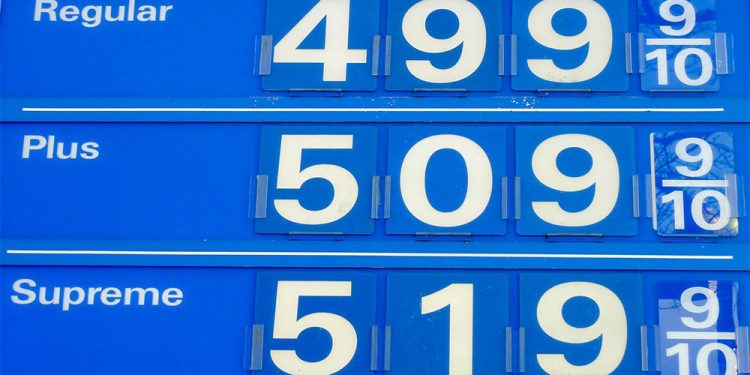 World Wrestling Entertainment is an IBD Leaderboard stock. And WWE was featured in this week’s Stocks Near A Buy Zone column.

Labor Department data showed that producer prices rose 0.8% in May after moving up 0.5% in April, meeting Econoday estimates. Producer inflation jumped 10.8% year over year, slightly lower than then 11% estimate. The producer price index is a measure of pricing strength based on selling prices received by domestic producers for their output.

The Fed will begin its latest two-day policy meeting Tuesday, and it is widely believed that the central bank will raise its benchmark interest rate by half a percentage point on Wednesday. But expectations that the Fed will be forced to move even more aggressively this year are on the rise since Friday’s hot inflation report.

The stock market sold off Monday, as the major stock indexes finished with heavy losses, starting the week on a down note.

Monday’s The Big Picture column commented, “After gapping down at the open, indexes remained weak into the close. The four-day losing streak in the main indexes is now the largest since March 2020, according to Dow Jones Market Data. The precipitous drop rivals that year’s Covid market crash. Except this time, we’re already at least five months into a market decline.”

Merck (MRK), a Dow Jones and IBD Big Cap 20 stock, fell further below its cup-with-handle’s 89.58 buy point Monday, as shares dropped another 2.5%. The stock gave up support around its key 50-day line Friday, which is a sell signal. MRK shares were flat Tuesday morning.

Insurance giant Travelers (TRV) continues to build a flat base with a 188.08 buy point. Shares are further below their 50-day line after Monday’s 0.9% fall. Travelers stock traded unchanged early Tuesday.

Recent IBD Stock Of The Day Carlisle shows a flat base with a 275.23 buy point, even as the stock tumbled 4.6% Monday to give up its 50-day line. Carlisle shares were unchanged Tuesday morning.

HealthEquity is tracing a cup with handle with a 66.23 buy point, as shares reversed 0.9% higher Monday. The stock is finding support around its key 50-day line and is just 2% away from the latest entry. Keep in mind the weak market environment should keep you on the sidelines. Shares were quiet Tuesday morning.

Northrop Grumman is trying to find much-needed support at its 50-day moving average, but remains about 3% below its cup-with-handle’s 477.36 buy point. NOC shares were flat Tuesday.

IBD Leaderboard stock World Wrestling Entertainment is testing a flat base’s 63.81 buy point, according to IBD MarketSmith chart analysis, as WWE shares edged higher Monday. On May 25, the stock staged a strong breakout past the entry. But shares are just above the latest entry in the new wave of market selling. WWE shares traded unchanged Tuesday.

Tesla stock skidded 7.1% Monday, adding to Friday’s 3.1% decline. Shares looked to rebound a bit from those losses, trading up around 1% Tuesday morning.

Among Dow Jones stocks, Apple shares sold off 3.8% Monday, hitting their lowest level since June 2021. The stock is far below its long-term 200-day line and is about 28% off its 52-week high. AAPL stock traded up 0.7% Tuesday, as Deutsche Bank maintained its buy rating, but did lower its price target from 200 to 175.

Software leader Microsoft lost 4.2% Monday, and remains sharply below its 50- and 200-day lines. The stock closed more than 30% off its 52-week high. MSFT shares rose 0.8% Tuesday.