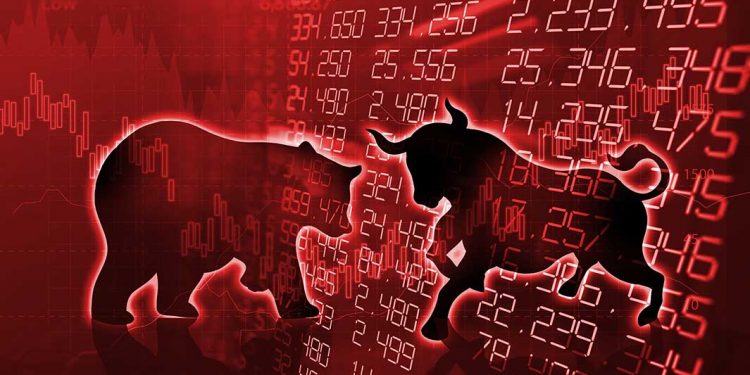 The price of Bitcoin crashed 18% over the weekend. After ending Friday around $29,000, Bitcoin traded around $23,500 in early morning trade, according to CoinDesk, its lowest level since December 2020. ProShares Bitcoin Strategy ETF (BITO) plunged 18% Monday morning.

The stock market sold off Friday, as the major stock indexes finished with heavy losses, ending the week on a down note.

Friday’s The Big Picture column commented, “Moves were heavily skewed to the downside. The Nasdaq was the index that suffered the most, dropping 3.5%. Its weekly loss came in at 5.6%, sending it back near lows for the year.”

Insurance giant Travelers continues to build a flat base with a 188.08 buy point. Shares are further below their 50-day line after Friday’s 2.5% fall. Travelers stock traded flat early Monday.

Ulta Beauty’s recent breakout continues to struggle after Friday’s 3.5% loss. Still, shares are trying to hold up during the new stock market correction. Ulta stock is about 4% away from a cup with handle’s 426.93 buy point. ULTA shares traded down almost 2% Monday.

Among Dow Jones stocks, Apple shares sold off 3.9% Friday and are near their recent lows. The stock remains far below its long-term 200-day line and is about 25% off its 52-week high. AAPL stock traded down 3.3% Monday.