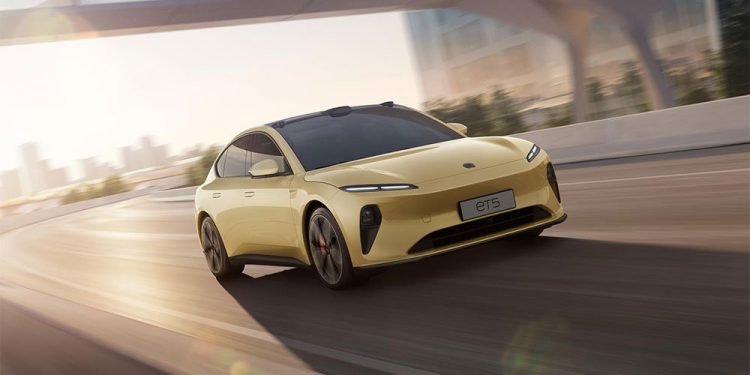 Twitter (TWTR) stock dropped more than 2% after Elon Musk said the company’s legal team accused him of violating a nondisclosure agreement. On Friday, Musk said his $44 billion deal to acquire Twitter was on hold due to questions regarding the number of fake accounts.

Electric-vehicle giant Tesla (TSLA) traded up a fraction Monday morning. Chinese rival Nio is set to report after the close. Analysts expect the Chinese EV maker to lose 14 cents per share on sales of $1.48 billion. Nio shares are about 74% off their 52-week high.

Elsewhere, Dow Jones tech leaders Apple (AAPL) and Microsoft (MSFT) traded down 0.6% and 0.3%, respectively, in today’s stock market. Meanwhile, McDonald’s (MCD) shares slipped a fraction after the company said it would quit Russia and sell its business there over its invasion of Ukraine.

Eli Lilly and Microsoft are IBD Leaderboard stocks. Exxon and Merck were featured in last week’s Stocks Near A Buy Zone column. Eli Lilly was Wednesday’s Stock of the Day.

Friday’s The Big Picture column commented, “So while many investors have likely raised quite a lot of cash and are afraid to touch equities, the market still needs a new host of excellent companies that show the key elements of CAN SLIM investing: rising fundamentals, outperformance vs. most stocks today, and evidence of rising fund ownership.”

Dow Jones leader and energy giant Chevron is in a flat base that has a 174.86 buy point, according to IBD MarketSmith chart analysis. CVX shares traded up 1.9% Friday, extending a win streak to four sessions. Shares bullishly regained their 50-day line and are about 4% away from the latest entry. Chevron shares edged higher Monday morning.

Cheniere Energy is one of the market’s top stocks to watch, even as it continues to trade below its 50-day line. Shares moved up 2.7% Friday, but remain below their 50-day line, as they continue to etch a flat base that shows a 149.52 buy point, according to IBD MarketSmith chart analysis. LNG shares moved up 1.1% Monday.

Defense contractor Northrop Grumman continues to etch a cup with handle with a 477.36 buy point. Shares are just below their 50-day line after Friday’s 0.5% rise. Northrop shares were unchanged early Monday.

Tesla stock rose a fraction Monday morning following Friday’s near-6% advance. Shares remain sharply below their 50- and 200-day lines amid their recent weakness.

Among Dow Jones stocks, Apple shares rallied more than 3% Friday after falling to their lowest level since October 2021 on Thursday. The stock is sharply below its 200-day line and about 20% off its 52-week high. Apple stock fell 0.6% Monday.