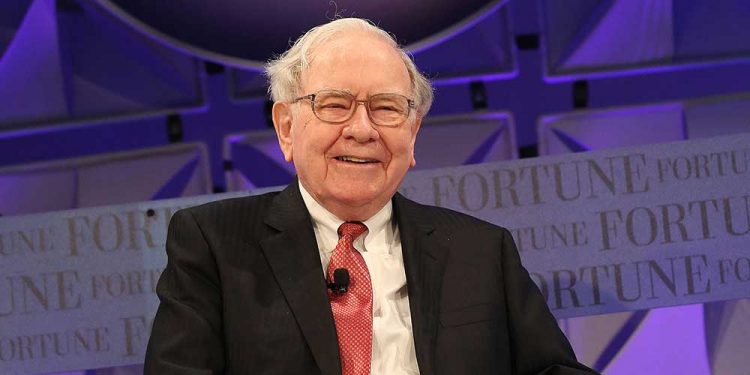 Volume was lower on both the New York Stock Exchange and the Nasdaq compared with Friday according to early data. This is not surprising, as Friday was a triple-witching day. This is when stock index futures, stock index options and stock options all expire on the same day.

Meanwhile, the yield on the benchmark 10-year Treasury note rose 15 basis points to 2.3%. Oil also gushed higher, with West Texas Intermediate crude up nearly 8% to about $113 per barrel.

America’s top banker said the Fed is prepared to hike the benchmark lending rate in half-percentage-point increments if necessary to combat inflation.

It comes after the Fed announced it is boosting the benchmark rate 25 basis points, or a quarter of a percentage point, this month with seven more hikes this year.

“The labor market is very strong, and inflation is much too high,” he said in his speech.

Last week’s rate hike was the first in more than three years. Powell said rate hikes will continue until inflation is tamed.

The Nasdaq fell 0.4%. Leaderboard stock Tesla (TSLA) was one of the top performers here. The EV maker closed the day with a gain of nearly 2%.

The S&P 500 fared better, ending the day virtually flat. Marathon Oil (MRO) stood out with a gain of nearly 9%, while homebuilder Lennar (LEN) was among the laggards as it closed down almost 5%.

The S&P sectors closed mixed, with energy and materials making the best gains. Consumer discretionary and communication services were the laggards.

Small caps were given the worst pounding by the bears. The Russell 2000 fell 1.2%.

Growth stocks stood out by turning in a gain. The Innovator IBD 50 ETF (FFTY), a bellwether for growth stocks, rose 0.4%.

The Dow Jones Industrial Average saw its win streak come to an end as it gave up around 200 points. This equates to a 0.6% loss.

Boeing was the worst laggard, dropping 3.6% It fell in heavy volume on the news that a 737-800 plane crashed into a mountain area of the Guangxi region.

There were 132 people on board the flight, which was operated by China Eastern Airlines, and there are no signs of survivors.

While this is a different model to the troubled 737 Max, it is another unwelcome headline for the aviation giant’s commercial plane business.

Chevron (CVX) was the top stock on the Dow Jones today amid spiking energy prices. It rose 1.8%.

Legendary investor Warren Buffett is finally putting some of his mammoth cash pile to work, and Berkshire Hathaway stock popped as a result.

The conglomerate ended the day up 2.1% on the news that it is acquiring insurer Alleghany (Y) in a $11.6 billion deal.

Billionaire Buffett’s investment firm is to pay out $848.02 per share in cash, a 25% premium on Alleghany’s Friday closing price.

Berkshire Hathaway, whose other businesses include Geico and BNSF Railway, is closing in on its 20% profit-taking zone, MarketSmith analysis shows. This comes after it broke out of a flat base in early November.

Shares of Alleghany fared even better, shooting up nearly 25% in enormous volume. The company has been expanding from property and casualty insurance to noninsurance businesses.

Aecom managed to move clear of a consolidation pattern entry of 45.72. The multinational engineering firm has seen its relative strength line make progress of late.

Earnings are currently lagging stock market performance, but Big Money has been accumulating the stock of late.

Southern Copper moved clear of a cup-with-handle buy point of 76.88. The RS line is even more impressive here.

Earnings are a key strength for SCCO stock, with EPS growing by an average of 123% over the past three quarters. This beats CAN SLIM requirements for 25% growth.

Pure Storage briefly cleared a cup-base buy point of 35.19. While the relative strength line hit a new high, it closed below the entry.

All-around performance is excellent here and institutional investors have been piling in recently.