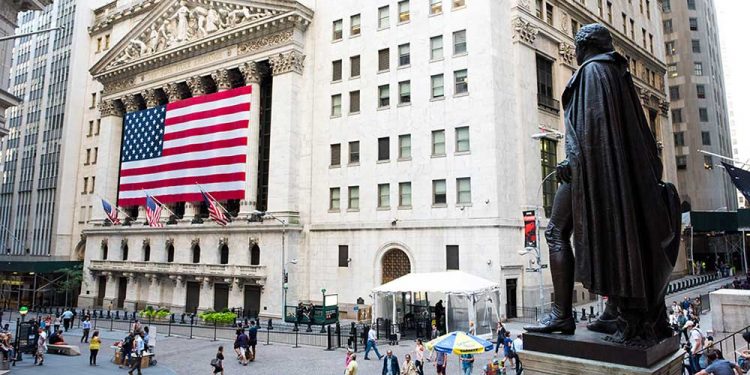 The stock market was modestly lower in afternoon trading Monday as JPMorgan (JPM), Chevron (CVX) and Intel (INTC) lagged in the Dow Jones Industrial Average. But Tesla (TSLA) rose sharply in the Nasdaq 100 on news it’s planning a stock split in the form of a dividend. But first, Tesla needs to get shareholder approval to increase the amount of shares outstanding at the October shareholder meeting

The Dow Jones industrials were down 0.6%, but Microsoft (MSFT) was a bright spot in the Dow Jones today, up 1%. MSFT moved strongly over last week’s high early in the session, but the stock was near session lows. Walmart (WMT) also did well in the Dow Jones, up 1.6%.

After nine straight price gains, Apple (AAPL) barely budged in the Dow Jones today, down just 0.2%. AAPL stock is in position for a breakout try from a double-bottom base with a 176.75 buy point.

WTI crude oil futures were down more than 6% to around $106.60 a barrel, hurting the cause of several top performing oil and gas stocks. Steel producers, regional banks, fertilizer stocks and miners also lagged.

The 10-year Treasury yield eased 4 basis points to 2.45%. But that’s still up sharply from a yield of 1.68% in early March as Wall Street gets ready for a series of rate hikes by the Federal Reserve this year. Futures traders think there’s a 74% chance of a 50-basis-point hike at the next meeting in May.

The Nasdaq composite edged higher by 0.1%. The index showed key technical action last week with a move above its 50-day moving average. The next challenge for the index is to get above its 200-day line.

Besides Tesla stock, top gainers in the Nasdaq 100 included Synopsys (SNPS), which is holding gains well after a recent move above its 200-day line.

Regeneron (REGN) also outperformed in the Nasdaq 100. The biotech is still in a buy zone after a breakout from a shallow base with a 673.96 entry.

Inside the IBD 50, Zim Integrated Shipping Services (ZIM) looked poised to halt a three-session slide. Shares were up 7%, but the stock is too extended to consider buying. Also keep in mind that ZIM’s weekly chart shows the stock could be close to moving above an upper channel line, meaning the stock could be ready to take a breather after a lengthy run-up.

Also in the IBD 50, Carlisle Companies (CSL) is trading tightly above its 10-day moving average as it sits near the top of a short consolidation.

Inside the MarketSmith Growth 250, Leaderboard stock Danaos (DAC) is holding support near the 21-day exponential moving average and the 100 level. Don’t chase it though because it’s extended after a bounce off the 10-week moving average two weeks ago.

Bitcoin rose to its highest level since January, up nearly 6% to around $47,500.