Dow Jones decided to get ahead of the curve. UBS couldn’t help Tesla stock, and FDA asked Novavax to wait 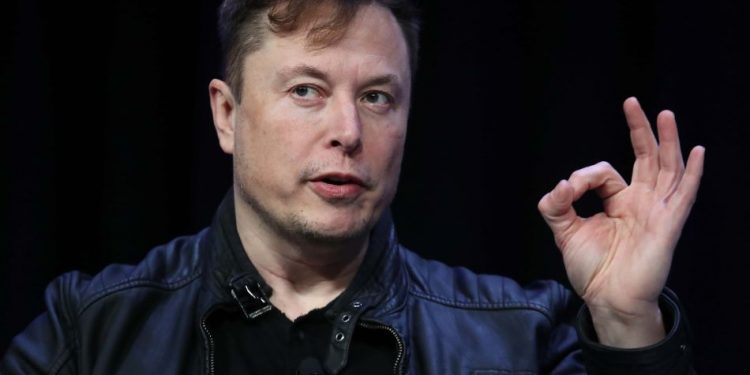 The U.S. stock market after yesterday’s “warm-up” decided to strengthen the result, and at the same time to renew weekly lows amid expectations of statistical data on inflation, the release of which is expected on Friday. The Dow Jones was down 1.94%. The S&P 500 broad market index and the Nasdaq technology stock barometer lost 2.38% and 2.75%, respectively.

Investors are impatiently awaiting the May consumer price index data, which they believe should indicate whether inflation has reached its peak values or whether the Federal Reserve will have to conduct an additional “hawkish attack” to cancel it

High oil and other energy prices, as well as ongoing supply chain disruptions, have kept inflation steadily high in recent months. At the same time, a number of economic data in recent weeks have hinted at a slight slowdown in its growth. It is for this reason that tomorrow’s figures will be a kind of local conclusion to these expectations.

Elon Musk is confident that the correction will end and everything will be fine with the stock! Photo: Business Insider

A survey of twenty-two CFOs of the largest U.S. companies conducted by CNBC showed that all of the top managers believe that recession is inevitable. According to the majority of them (68%), it will happen in the first quarter of 2023, and the decline in the stock market will reach 30 thousand points in the Dow Jones index at least, and the best stocks of the year will be the securities of oil corporations.

Boeing is the leader in the Dow Jones

Much stronger than the market, shares of biotech company Novavax (NVAX) fell -17.2%, followed by Moderna (MRNA) -9.76%. The FDA said it must review changes to Novavax’s manufacturing processes because of changes made by the company. Industry analysts are only talking about a delay, not a reversal of its decision by the regulator. Nevertheless, investors who “have had enough of the bounce” in their lifetime reacted extremely critically to NVAX stock, writes the Motley Fool.

Tesla stock stood somewhat apart from the rest of the market. After recent corporate quests from Apple and Target, as well as Ilon Musk’s desire to cut up to 10% of TSLA employees, investors, pining for positive data, happily pounced on the paper of the world leader in electric car production amid a recommendation from UBS.

Analysts at the Swiss bank confidently consider current levels on the paper acceptable to buy, and the fall of 40% fully contradicts the strength of the company’s business and the potential for its expansion. The order book is at a record high level, while the ability to continue to increase production is emphasized. And the EV manufacturer’s experience in software and battery production are ready to provide it with a sustainable advantage over its competitors.

During the trading session the shares of automobile giant were steadily gaining and traded above $760 per share at the beginning of the trading session, but the general negative market sentiment intensified closer to the closing, yet it made Ilon Musk’s shares lose 0.89%. And we have to finance the purchase of TWTR somehow, though this is a separate story.

Despite the analytics of the respected UBS, I have no reason to single out TSLA shares in any way. And the second half of the session confirms that. There is a chance that they may pull back stronger than others, given the depth of the correction on them, but only one sector is able to grow against the market at the moment, but Tesla has nothing to do with it.

The oil sector, along with everyone else

also having a red day on the calendar today, even though the oil futures contracts were quite resilient at the new levels they gained and basically gave no reason to worry. West Texas Intermediate (WTI) remained above $121/bbl, and North Sea Brent was above $123.

But inflation expectations have been stronger. Moreover we recently considered the possibility of consolidation on oilmen’s securities for the time being due to a significant growth that took place for them during the current year. As a result, we have a corrective decline across the whole spectrum of the energy sector. The Big Three: ExxonMobil (XOM), Chevron (CVX) and ConocoPhillips (COP) lost 2.16%, 1.99% and 2.71%, respectively.