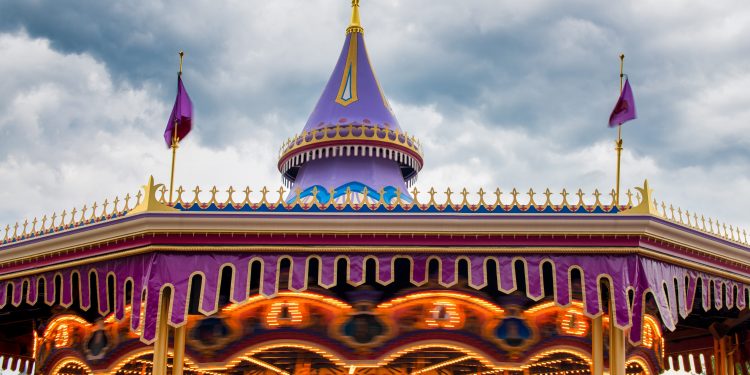 Disney park visitors could soon be riding through the metaverse as the entertainment giant explores headsetless augmented reality.

Disney Enterprises was approved for a “virtual-world simulator” patent during the last week of December. The technology would project 3D images and virtual effects onto physical spaces, according to the US Patent Office.

Instead of being designed for mass entertainment, the device would track individual park visitors to personalize the projections. For example, while one family may see Mickey Mouse greeting them by a hot-dog stand, another group could interact with Harry Potter while grabbing a cup of Butterbeer.

The technology aligns with the brand’s goal to tell stories through a “three-dimensional canvas” as highlighted by CEO Bob Chapek during Disney’s fourth-quarter earnings call.

“Our efforts to date are merely a prologue to a time when we’ll be able to connect the physical and digital worlds even more closely, allowing for storytelling without boundaries in our own Disney metaverse,” Chapek said.

Disney officials told The LA Times that the company has “no current plans” to use the simulator, adding that Disney files hundreds of patents per year to explore developing technologies. A spokesperson did not immediately respond to Insider’s request for comment.

The patent highlights the simulator’s ability to create shared virtual-world experiences without a headset or mobile device, which “can be costly and inconvenient to wear.” It also says wearable AR devices will require “burdensome sanitation procedures” during the era of COVID-19.