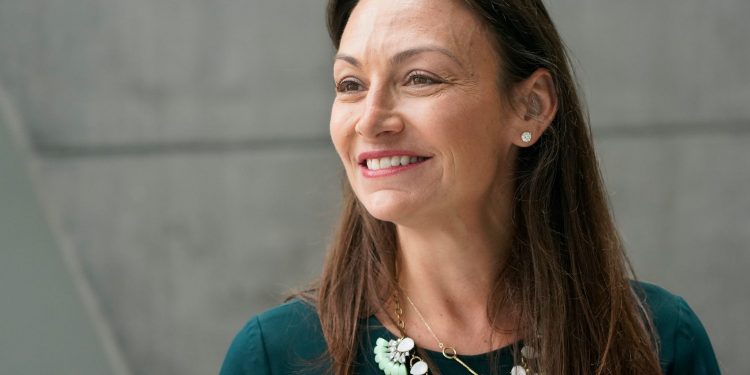 The Supreme Court’s decision to leave the legality of abortion up to the states will upend the midterm elections, said Florida Democratic gubernatorial candidate Nikki Fried.

“Voters now have the power again,” Fried said in an interview with Insider on Friday. “The power was in the Supreme Court and they neglected the will of Americans all across the country. And now it goes back into the people’s hands and making sure they are electing and voting for pro-choice candidates up and down the ballot.”

Fried is Florida’s agriculture commissioner who is running for the Democratic nomination for governor against Rep. Charlie Crist, whose district includes St. Petersburg. Crist was formerly a Republican and was the state’s governor from 2007 to 2011.

Fried’s comments came after the conservative majority of the Supreme Court ruled 6-3 to to uphold a Mississippi ban on abortion after 15 weeks in Dobbs v. Jackson. The justices also voted 5-4 to overturn Roe v. Wade, the landmark case that has been on the books since 1973.

The decision turns the legality of abortion to the states unless Congress unifies to pass a national guarantee for abortion rights or unless a future GOP majority passes a national ban or other restriction.

Florida has long allowed abortions for up to 24 weeks into a pregnancy, but on July 1 a new law will take effect that will ban abortions after 15 weeks, with no exceptions for rape, incest, or human trafficking. The restrictions will affect not just Florida patients but people who travel there from nearby states and from Puerto Rico, the Caribbean, and South America.

Republican Gov. Ron DeSantis — one of the biggest stars in the Republican party who is up for reelection — signed Florida’s ban into law and on Friday and issued a statement on Twitter applauding the ruling. He also hinted that more restrictions on abortions in Florida were ahead.

“Florida will continue to defend its recently-enacted pro-life reforms against state court challenges, will work to expand pro-life protections, and will stand for life by promoting adoption, foster care and child welfare,” he said.

“He has to be now held accountable to the people of our state,” she said, pointing to polling that showed most Floridians support legalized abortion.

Fried will be attending an abortion rights rally in Miami’s Wynwood neighborhood on Friday evening, and had appeared at a Planned Parenthood rally in downtown Miami before her interview with Insider. She said the Supreme Court’s decision “changes our race significantly” and was a “mobilizing call.”

It’s still possible that Florida’s Supreme Court might strike down the 15-week ban because the state constitution guarantees the right to privacy, though the court is now majority conservative after DeSantis made several appointments and after Crist made one appointment when he was a GOP governor.

Fried slammed Crist for his actions when he was governor, and said that if elected to the role she would side with challengers of the ban.

Crist is currently the Democratic frontrunner and has made inconsistent remarks on abortion throughout his career, including calling himself “pro-life.” Crist now says he is “running for governor to protect Roe v. Wade.” On Friday he released a video calling the Supreme Court’s decision “a gut-wrenching day for women and reproductive freedom in our country.”

If elected, Fried vowed to support a constitutional amendment to ensure the state’s constitution was clear on abortion rights. One approach to enshrine the rights would be to petition to get the issue on the ballot. Then, voters would have a direct say on abortion laws.

In her interview, Fried also hit DeSantis regarding the rumors that he’ll be running for president in 2024. DeSantis has not said he’s running for president, but he also hasn’t committed to bowing out if former President Donald Trump runs — as several other Republicans, including former US ambassador to the United Nations Nikki Haley, have done.

“He is listening to primary voters in a presidential run in 2024 and he’s doing it on the backs of Floridians,” Fried said. “If he continues on this trajectory there is no doubt in my mind that I am going to be elected governor of our state.”

It’s not yet clear whether abortion rights will be the lighting-rod issue Democrats need to win races in November. They’re running at a time when President Joe Biden’s approval ratings are sagging and people are struggling with high inflation, as well as high costs of gas, housing, and food.

Fried said she saw abortion as another issue for voters to consider, along with economic issues, healthcare access, and new gun laws.

“It’s an encompassing of: This is what’s wrong with our state,” Fried said. “We have had 28 years of one-party rule of our state and people are suffering at the local level — and add this on top of all the other issues. My goal is to make sure voters know that there is a way out of all of this.”