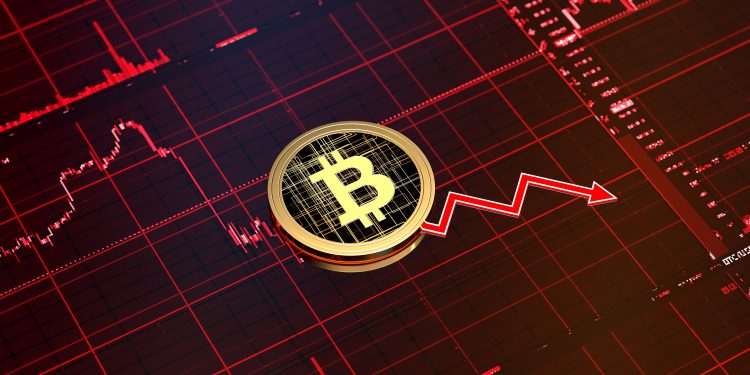 Core Scientific unloaded most of its bitcoin holdings in June as cryptocurrencies edge lower amid the market’s crypto winter.

The company said in a statement that it sold 7,202 bitcoins at roughly $23,000 per token for $167 million. The sale represents a clearance of 79% of the company’s bitcoin from its balance sheet.

Core Scientific said the sale was necessary to sustain liquidity and pay off debt while also funding growth and operations. The company added that it planned to sell more self-mined coins to fund itself.

The fire sale speaks to the state of cryptocurrencies, which have declined steadily along with other risk assets in light of high inflation and central bank monetary tightening. Bitcoin is the largest cryptocurrency by market capitalization and has lost 58% of its value from the start of the year, and 69% from its all-time high of $69,000 reached in November of 2021.

And the reverberations of the cryptocurrency downswing is afflicting miners and the exchanges that sell the coins themselves. FTX and its founder Sam Bankman-Fried is stepping to rescue failing ventures to “stem contagion” while gobbling up attractive businesses at attractive discounts.

Miners, which use computers to solve complex code to then be awarded tokens, are also feeling the brunt of the crypto winter as nearly $4 billion in loans comes due, making mining a less profitable prospect and potential revenue underperforms operating costs.