Corporate culture. Where it comes from and what to do about it 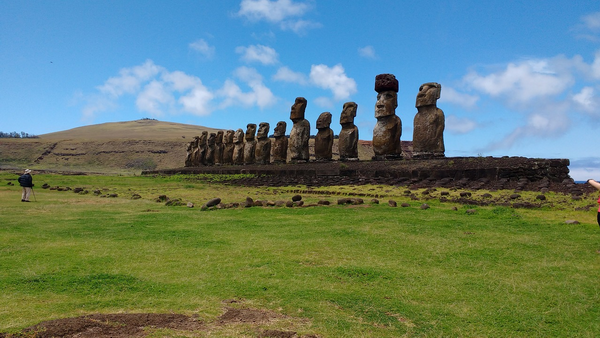 Change is at the core of modern reality. Today, an executive’s task cannot be reduced to just the gradual development of their company, it is vital to create organizations that can adapt quickly to an ever-changing environment.

One of the main ways companies can help adapt to a rapidly changing world is to purposefully change corporate culture so that it transforms from an anchor pulling back into a force for speed and adaptability. What culture is, whether it’s easy to change, and who can do it, we tell you from the book Strategies for Change.

Culture is usually thought of as something vague. In a world dominated by managerial processes and with quantitative analysis becoming an increasingly important (and easily accomplished) part of the job, culture is rarely the object of change to ensure an organization thrives in the future. Nevertheless, culture is still a critical issue: many intuitively agree with statements like “Culture eats strategy for breakfast.”

In other words, culture as a driving force can be much more powerful than strategy.

So, the importance of culture is recognized by many. And while there is often news about how a particular company is changing its culture to “accelerate” growth, increase profitability, and increase employee satisfaction, it’s hard to find examples of truly successful such changes.

The problem lies in human nature, the structure of modern organizations, the frequent mistakes of leaders and underestimation of these three factors. All this is aggravated by rather vague ideas about what culture is, where it comes from and how to change it. The latter requires, first of all, not words but actions that give results.

Scholars like Margaret Mead, Anne Benedict, Bronislaw Malinowski and others would go to Polynesian villages or Indian reservations and live there for a while. At first they simply described the life of the people there, then they tried to understand why it was radically different in many ways from the existence to which they were accustomed. In the process, the researchers formulated a concept of culture with a very broad definition. As they saw it, the term meant almost everything that is passed down within a group from generation to generation: patterns of behavior, use of tools and technology, rules of dress and eating, observance of rituals and ceremonies, etc.

The concept of organizational culture emerged in part from a 1982 bestseller by Harvard scholars Terrence Diehl and Allan Kennedy (Corporate Cultures: The Rites and Rituals of Corporate Life, 1982.) But a more fundamental reason was the interest in Japanese appliance and automobile manufacturers (Sony, Panasonic, Toyota, Nissan) who were expanding their presence in overseas markets and impressively crushing local competitors

Studies of this phenomenon revealed a strong culture among Japanese firms that valued not only product quality in terms of customers, but also employee loyalty much higher than in the typical American company.

In the era of change that began in the 1980s and 1990s, more and more companies talked about developing their culture to gain a competitive advantage. If there was a dominant theory in the business world about the relationship between culture and results, it was this: a strong culture wins.

A strong culture seems to automatically help everyone get on the same page, ensuring great teamwork, just like in Japanese businesses. And if teamwork doesn’t require a boss constantly standing over their subordinates to instruct and supervise, organizations can work faster and use fewer hierarchical resources.

Aware of the growing interest in corporate culture, in 1979 John Cotter, one of the authors of this book, along with a colleague from Harvard Business School, Professor James Heskett, conducted a series of studies. The researchers faced the following questions: is there a link between a company’s internal culture and the economic results achieved in, say, the last decade? If so, what is the nature of this relationship? Is a strong culture really associated with better results? If not, is there any culture at all that helps improve results? And if so, how can culture be changed to make it a driver of effective performance?

Ultimately, four studies were conducted. The most interesting findings are as follows.

1. First, a definite – albeit small – correlation was found between strong corporate cultures and financial performance over the past decade. Strong cultures are incredibly influential, but it turned out that they can also be toxic at the same time: when the norms governing behavior and shared values are strong, but provide no competitive advantage at all. General Motors was an excellent example of just such a case at the time. GM had developed a very strong culture at all levels of the hierarchy over the many years of dominance in the auto industry. But it valued behaviors such as an arrogant attitude, lack of any interest in competitors outside of Detroit, and indifference to innovation that might have been important to customers and shareholders.

2. Second, cultures compatible with business strategy were found to be often associated with higher financial performance. The cause-and-effect relationship seemed simple: such cultures made it much easier to put strategy into action. If the strategy consisted of adapting smartly to a changing business environment, the new culture accelerated that leap into the future.

But in the second case, too, for a number of reasons, the link to results was rather weak. After all, strategies are not always good, and effective execution of a bad strategy obviously does not lead to impressive results. In addition, the world is changing, and it may be necessary to implement a new strategy that is incompatible with the existing culture, and the latter changes slowly, if at all. Changes in the external environment or a company reaching a new stage of maturity can make the culture that helped so well before become useless.

3. Third, the study helped identify cultures that were quite rare but clearly helped achieve better results. Such cultures highly valued the interests of all major stakeholders in the enterprise, especially customers, shareholders, and employees, so both managers and directors paid special attention to these factors. In addition, it was the norm in these organizations for employees at all levels of the hierarchy to take an active role.

Cause and effect relationships seem to work this way. The world is changing. Cultural norms treat everyone involved as a stakeholder and expect active action from many, so that important changes in markets for goods or services, labor, finance, region, or legislation are watched by many eyes.

It does not matter exactly at what level of the hierarchy the employee is: if he notices important changes, he will try to initiate a reaction of adaptation.

Such winning cultures have been called adaptive cultures. Where the core norms and values are strong enough, it has been found that adaptation can even change peripheral or less important elements of the culture itself. So such a culture helps an organization adapt to faster and more complex change and, for these purposes, is even capable of changing itself to some extent.

4. Fourth, found that most attempts to significantly change the culture to adapt to new requirements or generally ensure adaptation fail. Limited research has not clearly answered why this is the case or why some firms have still succeeded.

But one pattern was clear. The head of the organization plays an important role.

If he (or she) makes culture change a personal goal, the likelihood of success is much higher. If the head of the organization sees culture change as just one of many initiatives, or better yet, gives it completely to the human resources department, success is hard to achieve.

Who will go first?

The key ingredient to successful culture change seems to be this. Consciously or accidentally, a group of people change their behavior-most

often because they see an opportunity to do something better. Thus, they find new ways to act, and these ways are not conditioned by the existing culture, and perhaps even contradict it.

When change is successful, this initiative yields better results, either financially or by successfully achieving any other goal set. These victories are celebrated, announced, and celebrated. Recognition, announcement, and celebration stimulate smart, necessary new actions outside of cultural norms, which in turn help achieve new victories.

Eventually, more and more people develop new ways of thinking because of this momentum.

If the growing dynamic-more new actions, more perceived successes associated with these behaviors, more recognition, announcements and celebrations, more people with new ways of thinking-is not undermined by some external factor, new habits will begin to form. Eventually individual habits will turn into group habits – and, in effect, some new element of culture will emerge (or the old one will change).

Prepared from the book Strategies for Change.

The post Corporate Culture. Where it came from and what to do about it appeared first on Business.