Consumers are still grabbing snacks at the grocery store despite higher prices, but inflation remains a concern for PepsiCo 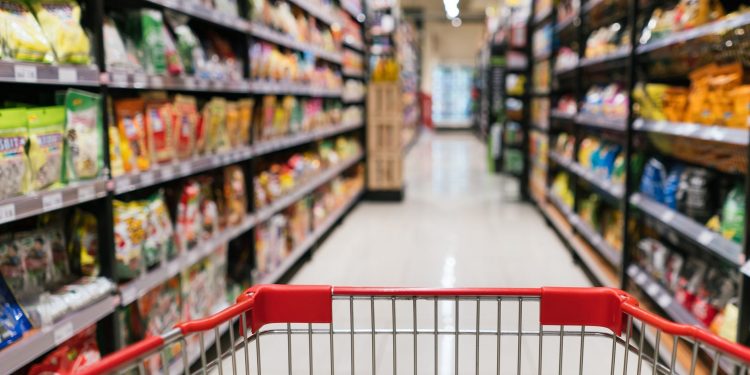 Inflation is a concern for both shoppers and big brands like PepsiCo.

PepsiCo says consumers are undeterred by higher prices for its beverages and snacks though inflation remains a concern for the company and many of its customers.

“Inflation is having so much impact on the consumer in so many ways,” Hugh Johnston, PepsiCo’s vice chairman and chief financial officer, told investors on a conference call. It’s also affecting the company. He said PepsiCo still expects price increases for commodities will be “in the teens” this year.

Johnston said he expects stronger productivity in the second half of the year will help the company weather some of those cost increases.

The food and beverage giant reported stronger-than-expected sales and profits on Tuesday for its fiscal second quarter, which ended in mid-June. The higher grocery prices that have forced consumers to hand over more money in the checkout line haven’t kept some shoppers from picking up many of the company’s iconic products including Lays, Mountain Dew, Ruffles, and Gatorade.

Despite supply-chain disruptions, PepsiCo reported revenue rose 5.2% for the quarter.

Johnston said the questions facing the company — and the world — means PepsiCo has to be even more careful about its forecasting. The company raised its revenue forecast for the year but left its profit forecast unchanged. “The first thing that we’re thinking about these days is just the level of volatility in the world,” he said.

In uncertain times many consumers crave comfort foods, say experts, though some are looking for healthier alternatives, too. PepsiCo said its brands focused on “more nutritious snacking,” including PopCorners, Smartfood, and SunChips, posted double-digit revenue growth.

Rising prices are a concern for consumers and for businesses like PepsiCo because if costs go too high, consumers might have to scale back on the snacks they buy. Inflation stands at a 40-year high though in recent weeks gas prices have started to come down.

A fresh snapshot of US prices is due from the Labor Department on Wednesday morning.