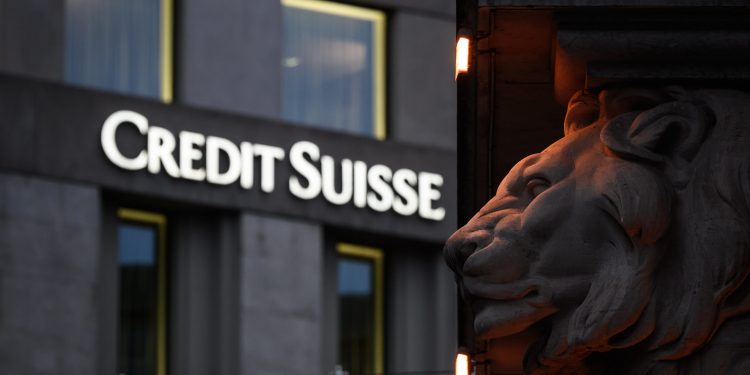 The House Oversight Committee opened a probe into Credit Suisse Monday, giving the bank until April 11 to turn over documents it says could show the bank trying to avoid sanctions on Russia.

The letter sent to Credit Suisse AG CEO, Thomas Gottstein, followed a report from the Financial Times, which cited a letter from the bank to unnamed wealthy clients in early March, as the West was imposing huge sanctions on the Russian economy.

Per the FT, the letter asked them to “destroy and permanently erase” documents related to a debt deal involving loans backed by assets of wealthy clients.

The request was said to be linked to a deal related to loans backed by assets including the yachts and private jets of Russian oligarchs.

In a letter to the bank, Reps. Carolyn B. Maloney and Stephen F. Lynch wrote that the reported action “raises significant concerns about Credit Suisse’s compliance with the severe sanctions imposed by the United States and its allies and partners on the architects and enablers of Russia’s brutal and unprovoked invasion of Ukraine, including Russian President Vladimir Putin and oligarchs in his inner circle.”

In a March 3 statement in response to the FT’s initial report, Credit Suisse confirmed that it asked some investors to destroy documents related to the November 2021 deal.

However, it said that it was “in no way linked to the recent implementation of additional sanctions, with which we are fully compliant.”

The bank said that “no data, client-related or otherwise, has been erased within Credit Suisse.”

Credit Suisse did not immediately respond to Insider’s request for comment.

The US, the EU, and Switzerland have implemented recent sanctions against Russian oligarchs, politicians, and others in response to Russia’s unprovoked attack on Ukraine. The US had already sanctioned some Russian oligarchs related to energy exports and Russia’s annexation of Crimea from Ukraine in 2014.

The lawmakers in their letter expressed concern that the reported directive to destroy documents “coincided with Switzerland’s announcement that it would join the United States, the European Union, and countries around the world in imposing sanctions on Russia.”