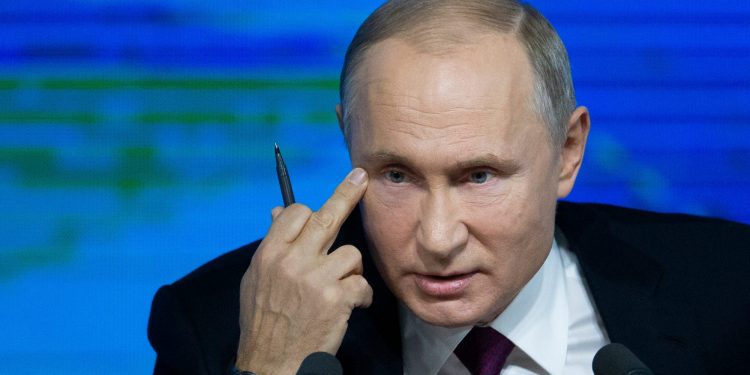 “Given the potential desperation of President Putin and the Russian leadership, given the setbacks that they’ve faced so far, militarily, none of us can take lightly the threat posed by a potential resort to tactical nuclear weapons or low-yield nuclear weapons,” Burns said in remarks at Georgia Tech in Atlanta.

Since launching an unprovoked war in Ukraine in late February, Russia has struggled to make major gains on the ground. On top of failing to take Kyiv, Russia has lost thousands of soldiers and seen an astonishing number of generals killed. Russia also recently lost a missile cruiser called Moskva (named after the Russian capital) — the flagship of the Russian Black Sea fleet.

In this context, experts have expressed grave concerns that Putin could turn to the use of weapons of mass destruction as he increasingly feels backed into a corner. Putin ordered Russia’s nuclear deterrent forces on high alert a few days after launching the war. NATO Secretary General Jens Stoltenberg subsequently decried Russia for “nuclear saber-rattling.”

Ukrainian President Volodymyr Zelenskyy in a new interview with CNN’s Jake Tapper published Friday said the world needs to be “ready” for the possibility of Russia deploying tactical nuclear weapons in Ukraine.

Tactical nuclear weapons are typically far less powerful than strategic nuclear weapons, and have lower explosive blasts designed for use against military positions like bunkers or port facilities. But experts warn that can make their use more appealing.

“Tactical nuclear weapons exist because each side fears it would be deterred from using its big city-razing weapons by their very destructiveness. By making nuclear weapons smaller and the targeting more precise, their use becomes more thinkable. Paradoxically, while this makes deterrence threats more credible, it also makes the arms more tempting to use first, rather than simply in retaliation,” Nina Tannenwald, a political scientist at Brown University, wrote in Scientific American last month.

“Especially worrisome is the possibility that the war could escalate to the use of nuclear weapons. By increasing the alert level of Russian nuclear forces, Putin increases the risk of nuclear use through miscalculation or accident in the fog of war,” Tannenwald added. “In the worst scenario, if the war is going badly, Putin could reach for a tactical nuclear weapon out of desperation.”

Former US Ambassador to NATO Ivo Daalder in late March told Insider that the US and NATO “should help the Ukrainians, and beat the Russians” if Putin uses weapons of mass destruction, whether chemical or nuclear, in Ukraine.

“We can’t stand by as Russia decides that it’s going to use chemical warfare…or a nuclear weapon and say, ‘That’s none of our business,'” he added.

The Biden administration has provided Ukraine with billions in military assistance, including lethal aid, but has remained firm that US troops will not be deployed to fight Russia. That said, Biden in March said the US and NATO “would respond” if Putin used chemical weapons in Ukraine, and the White House has also set up a team to develop contingency plans in the event Russia turns to weapons of mass destruction.

In recent days, investigations were launched by the US and its allies over reports Russia used chemical weapons in the besieged port city of Mariupol.