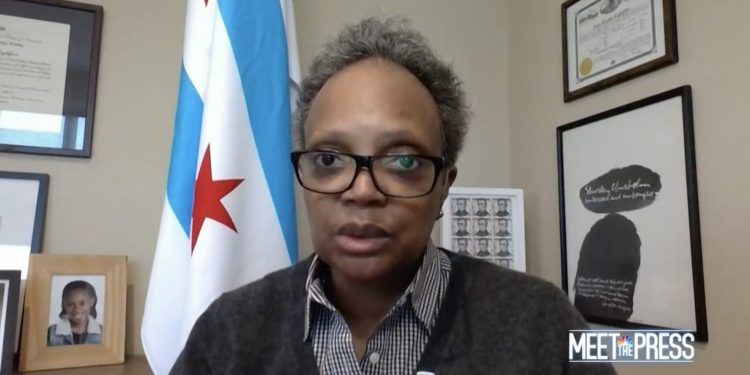 Chicago Mayor Lori Lightfoot said she’s reached a deal with Chicago Teachers Union on Monday that would allow students to return to the classroom on Wednesday.

Disputes over COVID-19 measures have resulted in about a week of canceled classes in the district, which is the third-largest in the country.

The Chicago Teachers Union wanted to return to remote learning amid high COVID-19 cases and voted not to teach in person until there were new COVID-19 measures in place or case numbers decreased.

Instead of switching to remote learning, the school district canceled classes, which prompted some parents to sue the union.

The Chicago Tribune reported that a part of the deal also includes a set of conditions where individual schools would return to remote learning based on the rate of staff absences and students in quarantine and isolation. The rate of community transmission would also be a factor in the decision.