CEOs are warning of a recession. Here’s what they’re saying, and their advice on how to prepare. 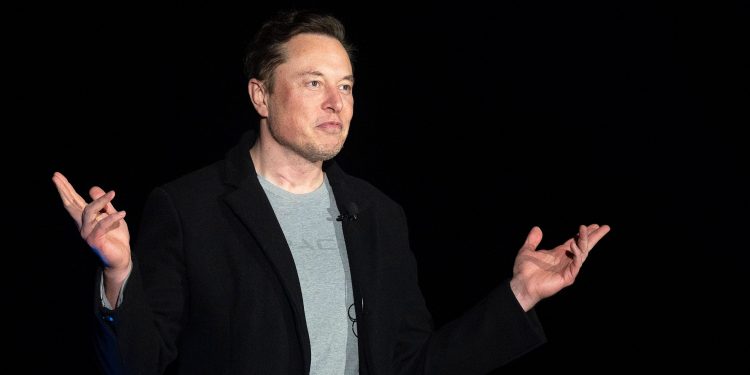 Elon Musk gestures as he speaks during a press conference at SpaceX’s Starbase facility near Boca Chica Village in South Texas on February 10, 2022.

A recession is coming — at least, that’s what some of the nation’s top executives are saying.

In recent weeks, business leaders ranging from Elon Musk to David Solomon have begun sounding the alarm bell about an impending economic slowdown. In fact, CEO confidence has dipped to its lowest level since the beginning of the pandemic, according to the latest survey from The Conference Board, a business research group.

The survey, which gathered responses from 133 CEOs of primarily public companies between April 25 and May 9, found that the majority of CEOs believe the Federal Reserve’s plan to curb inflation through an interest rate increase will spark a recession, albeit a mild one.

The Conference Board’s chief economist, Dana M. Peterson, said in a statement that executive outlook on the future is “bleak,” with 60% of leaders expecting the economy to worsen over the next six months.

Here’s what executives are saying about the possibility of a recession, and their advice on how to prepare.

According to the Tesla and SpaceX CEO, the US has already entered a recession, and things are about to get worse.

“What tends to happen is if you have a boom that goes on too long, you get a misallocation of capital,” he said this week at the Miami tech conference All-In. “It starts raining money on fools, basically.”

Musk said that a hallmark of the type of economic picture he’s describing is when people are “doing things that are silly and not useful to their fellow human beings” — typically, those “bullshit companies” will go bankrupt, he said.

Musk’s advice for how to deal with a recession? Make a useful product and make sure your company makes sense.

“Make sure you’re not running things too close to the edge from a capital standpoint,” he said, adding that companies need capital reserves to make it through “irrational times.”

The Goldman Sachs CEO estimates there’s a 30% chance of recession over the next 12 to 24 months, he told CNBC’s Andrew Ross Sorkin Wednesday.

“There’s a reasonable chance at some point that we have a recession or we have very, very slow, sluggish growth,” he said.

His advice for his fellow execs is to start considering your risk appetite — and to start preparing for a slowdown.

“That doesn’t mean that that’s definitely going to happen, but certainly, I think that if you’re running a significant enterprise, you have to be looking through a lens with a little bit more caution right now than you might have been when we were sitting here a year ago,” he said.

A downturn is going to be “hard to avoid,” according to Wells Fargo CEO Charles Scharf.

“You’ve got the Fed saying the economy is running too hot, that we need to slow economic growth. Rates are going to rise, and it’s going to change the dynamic of the health of the consumer and business over a period of time,” Scharf said during the Wall Street Journal’s Future of Everything Festival Tuesday.

That being said, Scharf believes that many businesses are heading into a downturn with an advantage: resiliency.

“The fact that everyone is so strong going into this should hopefully provide a cushion such that whatever recession there is, if there is one, is short and not all that deep,” he said.

The US economy is currently at “very, very high risk” of recession, Goldman Sachs Senior Chairman Lloyd Blankfein said on CBS’s “Face the Nation” on Sunday.

However, Blankfein still took an optimistic bent, praising the Fed’s response and the “powerful tools” at its disposal to help avoid recession.

To that end, he advised preparedness but not panic.

“If I were running a big company, I would be very prepared for it. If I was a consumer, I’d be prepared for it,” he said. “But it’s not baked in the cake.”