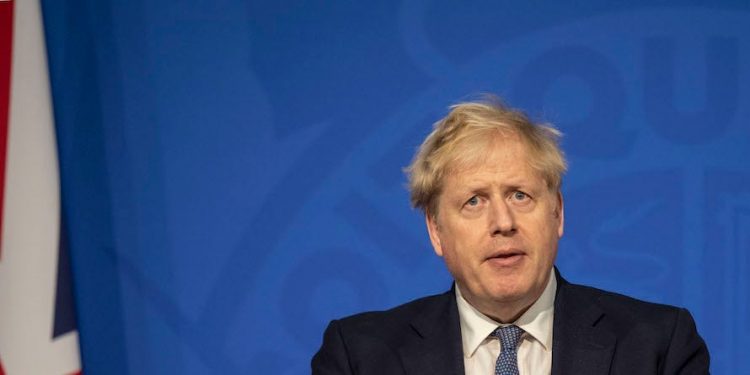 The UK government has announced plans to threaten rogue builders with a new tax to cover the cost of fixing unsafe cladding, amid increasing tensions in the Conservative party over a number of planned tax rises.

Boris Johnson’s trusted Brexit minister Lord Frost resigned last month, citing “concerns about the current direction of travel” about regulation and taxes. Meanwhile Jacob Rees-Mogg, the Commons leader, has urged the prime minister to back down on a planned VAT hike this spring, according to the Guardian.

But Michael Gove, the housing secretary, on Monday denied there was discord in the Conservative over planned tax rises after he threatened developers with a new tax if they didn’t agree to pay £4 billion collectively to replace unsafe cladding on flats across the UK.

Asked about the challenge of uniting low-tax Tories such as Lord Frost and ‘Red Wall’ figures who are hoping for greater investment, he told BBC Radio 4’s Today programme: “I imagine they would be in full agreement, they would be a nest of singing birds.

“There are choices that need to be made but we’ve ultimately made those choices.”

Developers have been given until early March to agree to cover the cost of cladding on buildings between 11 and 18 meters high, or risk a new tax and potential legal action forcing them to do so, Gove said.

Speaking to Sky News, he added: “If it’s the case that it’s necessary to do so, then we will use legal means and ultimately if necessary the tax system, in order to ensure those who have deep pockets, those who are responsible for the upkeep of these buildings pay, rather than the leaseholders, the individuals, who in the past were being asked to pay with money they didn’t have for a problem they did not cause.”

The proposals come several years after the Grenfell Tower in which 72 people died after fire spread rapidly up the high-rise building’s external cladding, which was later deemed unsafe.

Gove warned developers “we are coming for you,” the Sunday Times reported, and gave them a deadline of March to agree to his proposals.

The proposals have been cautiously welcomed by Tory MPs who have called for years for funding to fix unsafe cladding. Several MPs had criticised proposals by the former housing secretary Robert Jenrick to make flat owners pay thousands of pounds to fix the cladding on their own buildings.

But in his first interview since leaving Johnson’s top team, Lord Frost warned the prime minister would lose the next election if he didn’t attempt to reinvent himself as a champion of low-tax government.

“We need to get the country going economically again and that means free markets, free debate and low taxes,” he told the Mail on Sunday.

“If we’re going to get out of this little trough and win the election in a couple of years’ time, then we’ve got to develop that.”

Lord Frost had raised similar concerns about the government’s “direction of travel” in his resignation letter to the prime minister in December.

“I hope we will move as fast as possible to where we need to get to: a lightly regulated, lowtax, entrepreneurial economy, at the cutting edge of modern science and economic change,” he wrote.