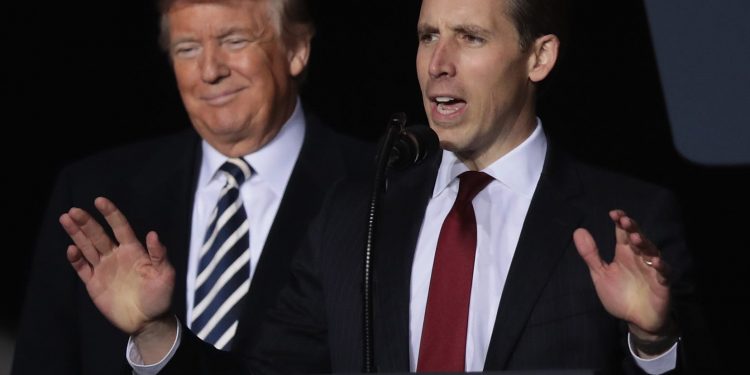 Top US companies and trade groups have donated more than $8.1 million to the Republican lawmakers who voted against Joe Biden’s certification as president, according to a report by the nonpartisan watchdog Accountable.US.

Donors listed in the report include Boeing, General Motors, FedEx, Pfizer, and the American Bankers Association.

House Minority Leader Kevin McCarthy is the top recipient of corporate funding, receiving $333,500 since January 2021, per the Accountable.US report.

After a mob of pro-Trump supporters stormed the US Capitol on January 6 to try to prevent Congress from certifying Joe Biden as president, top US companies scrambled to cut ties with the 147 GOP lawmakers who voted against the 2020 election result.

Dozen of companies including Walmart, Amazon, Morgan Stanley, and AT&T said they would stop donating to these lawmakers, while others including Microsoft, Deloitte, and Goldman Sachs paused all political donations.

The American Bankers Association (ABA) was the top donor among 30 companies and trade groups profiled by Accountable.US, whose donation data runs to November 2021. The ABA gave at least $203,000 to the GOP objectors between January 6 and November 2021, according to the report.

After the siege, the trade group temporarily paused all political contributions and a spokesperson told Insider in January 2021 that it would consider the “troubling events” at the Capitol when making future donations.

“The violent riot on Capitol Hill was nothing short of an assault on our democracy,” an ABA spokesperson said at the time. “We continue to call on all elected officials to do everything in their power to support a peaceful transition of power.”

The association’s PAC has since donated $5,000 to McCarthy and to others among the 147, per Accountable.US’s report.

Boeing was the second-biggest donor of the 30 profiled, with its PAC giving $190,000 to election objectors, per Accountable.US’s report.

Boeing paused political donations after the January 6 attack and said that it condemned the “violence, lawlessness, and destruction that took place in the US Capitol.” It’s since given $10,000 to California representative Ken Calvert and $9,000 to Kentucky representative Hal Rogers, among others, per the Accountable.US report.

Credit Union National Association was the third-biggest donor among the 30 named, giving $188,500. It was followed by Raytheon Technologies, Lockheed Martin, General Dynamics, Associated Builders and Contractors, and UPS.

Insider has contacted all the companies and trade bodies named in this article for comment.