Black hole rotates at unusual speed: astronomers have never seen anything like this 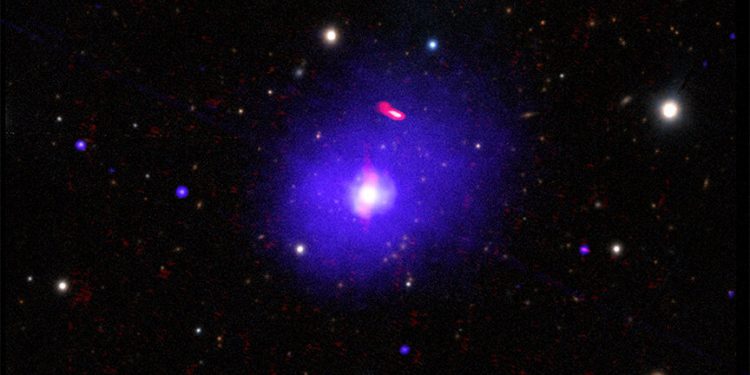 Their existence is not disputed, but scientists are still working to understand how they grow and evolve. One of the most important indicators that astronomers operate on is the rotation rate of the black hole.

During their work, the authors examined X-rays that reflected off a disk of material that rotated in a quasar around a black hole. It was named H1821+643. Quasars contain rapidly growing supermassive black holes that generate large amounts of radiation in the small region around them.

The black hole the authors studied, H1821+643, is located in a cluster of galaxies about 3.4 billion light-years from Earth and has a mass of three to 30 million solar masses. Based on this data, we can conclude that it is one of the most massive black holes.

“We found that the black hole in H1821+643 rotates about twice as fast as most black holes with a mass of a million to ten million suns,” said co-author Christopher Reynolds.

That’s a slow speed, the team notes. The answer to why this is the case is to understand how these supermassive black holes grow and evolve.

The data also support the idea that the most massive black holes actively grow by merging with other black holes or by gas.

Supermassive black holes that grow in this way probably often change their rotation patterns. They slow down or rotate in the opposite direction. Based on this information, the authors concluded that the most massive black holes may have a wider range of rotation speeds compared to smaller objects.

A space probe flew 200 km from Mercury. See what it saw

A unique space plane will carry cargo to the ISS. It’s not like the others.