Biologists reconstructed the genome of E. coli found in the gallbladder of a mummy 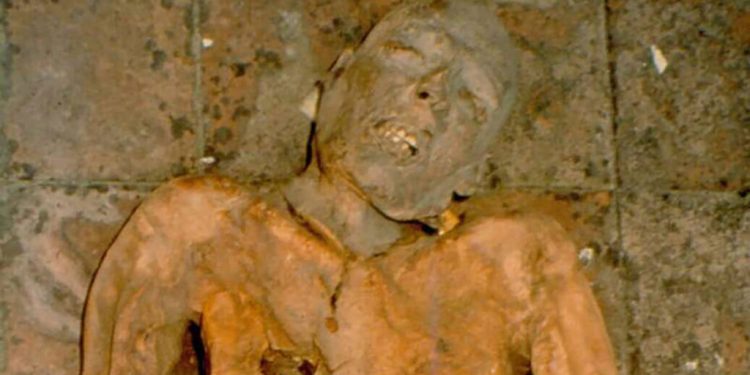 Most of the work on DNA recovery of ancient pathogens is associated with major epidemics: plague, smallpox virus and sources of tuberculosis. In the new work, researchers recovered the genetic code of a conditionally pathogenic E. coli from an ancient organism. The genome of a 400-year-old ancestor of the modern bacterium will help researchers understand how it evolved and adapted.

E. coli lives in the intestines of healthy humans and animals. Although most forms are harmless, some strains cause serious, sometimes fatal outbreaks of food poisoning and bloodstream infections. The hardy and adaptable bacterium is recognized as particularly resistant to treatment, the authors of the paper note. E. coli acts as a conditionally pathogenic microorganism, affecting its host during periods of stress, underlying disease or immunodeficiency.

For their study, scientists used the mummified remains of Giovanni d’Avalos. This Neapolitan Renaissance nobleman died in 1586 at the age of 48. His remains, among others, were discovered in 1983 in the Abbey of St. Domenico Maggiore in Naples. Researchers speculated that the cause of death was chronic inflammation of the gallbladder due to stones in it.

When we examined these remains, there was no evidence that this man had E. coli. Unlike an infection like smallpox, there were no physiological manifestations. No one knew what it was.

George Long, a researcher at McMaster University and co-author of the paper

Scientists note that E. coli is widespread in soil. Therefore, during the work, it was necessary to carefully isolate ancient fragments of the target bacteria that had been destroyed by the environment.

Despite all the difficulties, the researchers managed to reconstruct the genome from the extracted material. It consisted of one chromosome with 4,446 genes and two putative plasmids with 52 genes.

Cover image: Division of Paleopathology of the University of Pisa

A young star “hid” something that changed the way scientists think about the universe. Main