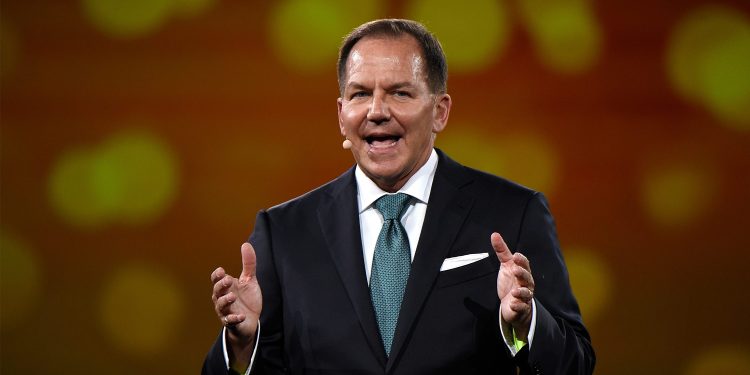 Billionaire trader Paul Tudor Jones says Federal Reserve Chair Jerome Powell will have to work hard to curb the rising prices of goods and services — an effort that will put various assets at risk.

“He’s got a lot of catching up to do,” Tudor told CNBC Tuesday. “We’re getting ready to see a major shift, and it’s going to have a lot of consequences for a variety of asset prices.”

Wall Street has taken the Fed’s cue. Goldman Sachs on Monday said it now expects the Fed to raise rates four times this year after the US unemployment rate fell in December. Deutsche Bank is among the others penciling in four rate rises.

“I think it’s going to be tough sledding for the inflation trades of the pandemic,” Tudor, who is founder and CIO of Tudor Investment, told CNBC. “Things that performed the best since March 2020 are probably going to perform the worst as we go through this tightening cycle.”

Technology stocks in particular have faced steep selling pressure recently as views for a more aggressive Fed boost the yield on the 10-year Treasury.

“The real trick here will be can the Fed unwind what by many appearances are a financial bubble without there being huge negative economic consequences,” he said. “I’m nervous because we’re at such lofty heights.”

Tudor, who is also co-founder of Just Capital, added that commodities are “so incredibly undervalued” in contrast to financial assets.

“One would think on a relative basis as we go through this tightening [cycle], commodities would outperform financial assets by a wide margin.”