Billionaire Ray Dalio says the US could learn from China’s equality drive, and says it’s the riskier place to invest 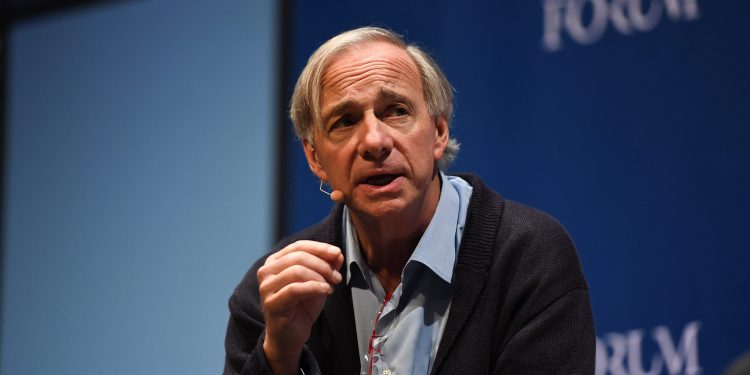 Legendary investor Ray Dalio has praised China’s “common prosperity” policy, and said the US economy would benefit from a similar focus on equality.

Dalio, the founder of hedge fund Bridgewater Associates, also said the US is a riskier place to invest than China, because its competitive advantages are in decline.

The subject of China is highly divisive on Wall Street, where leading financial figures are debating whether it makes sense to put money into the second-largest economy in the world.

“Common prosperity is a good thing,” Dalio told the UBS Greater China Conference on Monday, according to reports in the Wall Street Journal and elsewhere. “It’s another way of saying ‘prosperity for most people.'”

Critics are wrong to see the drive, championed by Chinese leader President Xi Jinping, as a return to the Communism of former leader Mao Zedong, he added.

“First you get rich. Then you make a point of distributing those opportunities in a more equal way,” Dalio said. “The US, through its own system, needs more common prosperity.”

The catch-all term “common prosperity” covers a broad range of policies that aim to reduce inequality in the Asian economic powerhouse.

The drive has particularly focused on cracking down on the power of big private companies, such as e-commerce giant Alibaba and ride-hailing app Didi. Beijing’s policies prompted investors to sell Chinese assets in 2021, when the country’s CSI 300 index fell more than 5%.

Read more: Wall Street giants like Goldman Sachs and UBS are split on China’s economic and regulatory future. Here’s what they’re forecasting and how they recommend you invest.

Dalio — who is also co-CIO at Bridgewater, the world’s biggest hedge fund — has long been a forceful defender of China, where his company has large economic interests.

But Dalio told the UBS conference that the US is a riskier place to invest than China, Bloomberg reported, basing his view on criteria such as assets versus liabilities, and internal order.

“What we see by most of those is that the US is encountering more of those risky elements. Also, other things like education levels, competitive advantages and so on are on decline,” he said.

Dalio’s full-throated defense of China’s policies landed him in controversy at the end of 2021, after he compared the government to a “strict parent” when asked about forced disappearances in the country.