Billionaire investor Mark Cuban says bitcoin isn’t, and will never be, a hedge against inflation 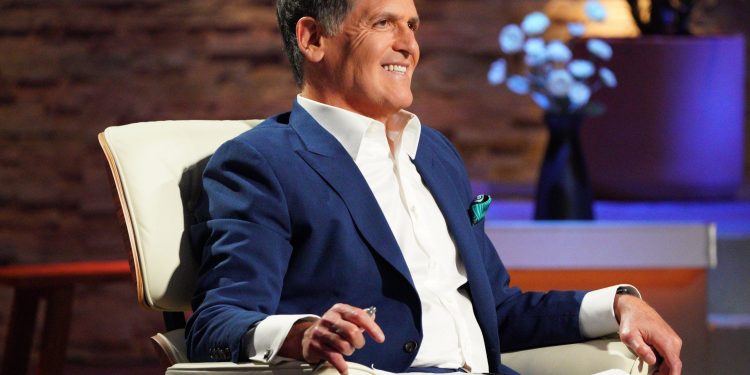 Mark Cuban on the set of “Shark Tank”.

Billionaire investor Mark Cuban believes bitcoin is not, and never will be, a hedge against inflation.

In a Twitter exchange Tuesday, the “Dallas Mavericks” owner shared his views when questioned about his support for cryptocurrencies like dogecoin, which he said is “better than a lottery ticket,” as opposed to bitcoin.

“Now do a 1 year performance comparison. I said Doge was good for spending and better than a lottery ticket.”

“You still think btc is an inflation hedge? It’s not and never will be. Doge/btc is flat last 30 days,” the “Shark Tank” star said on Twitter.

An inflation hedge is an asset that helps protect against the erosion of returns from a sustained increase in price pressures.

Gold has traditionally been considered an inflation hedge, while bitcoin has also started to be considered one by some investors and academics.

Wharton School professor Jeremy Siegel has said bitcoin stands out as an inflation hedge. He compared it to gold, stating that digital coins are the new bullion for millennials.

Cuban, however, does not think that gold or bitcoin help mitigate the impact of rising price pressures on a portfolio, and he said calling either of them an inflation hedge is little more than a marketing gimmick.

“Because gold is not an inflation hedge. That’s just a marketing slogan like it is for BTC,” he tweeted.

The end of the pandemic has brought a surge in global inflation, thanks to shortages of available labor and raw materials, exacerbated by a supply-chain bottleneck. In the US, the Federal Reserve is grappling with consumer inflation running at its hottest since the early 1980s, while the economy is still vulnerable to surges in cases of COVID-19.

Cuban himself has generally been bullish on crypto, particularly ethereum’s ether token. He has said ether has the most upside in the crypto world as an investment, and it is the closest thing “to a true currency.”Meanwhile, he has described meme coin dogecoin as “fun” and “educational”.

As for bitcoin, he has praised it as a good store for value and a safe haven in the crypto world, but criticized it as being difficult to trade.

The billionaire’s tweets underline earlier remarks where he said bitcoin — which, like all cryptos, is notoriously volatile — is “not a hedge to anything” and is “not a cure for any financial system.”

Cuban’s crypto holdings consisted of 60% bitcoin, 30% ether, and 10% other altcoins, as disclosed as of April 2021, according to CNBC.