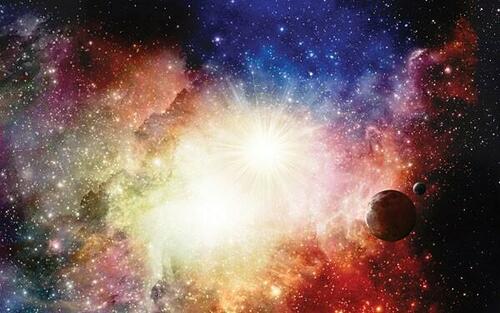 Authored by Bill Gross, (emphasis ours)

Back in 2013 I wrote a rather prescient Investment Outlook entitled “Credit Supernova”. It characterized the U.S. and developed global economies economy as “credit based”, especially since 1971 when Nixon broke the gold standard and central banks and private lending institutions were free to expand credit without a firm foundation of gold. Economist Hyman Minsky around the same time created a model which nearly 40 years later led to what became famously known, thanks to Paul McCulley, as a “Minsky moment”. That “moment” was the cause of the 2007-2009 Great Recession and was unique in that it involved the internal implosion of the financial system itself without outside triggers such as war, OPEC, or stringent fiscal policies which had formed the basis of prior Keynesian models.

Minsky’s system categorized three stages of monetary evolution from what he called “hedge finance” to “speculative finance” and finally to “Ponzi Finance”, with each stage requiring more and more credit growth to keep nominal GDP at acceptable levels but with accelerating inflation and the possible “implosion” (supernova) of a fragile debt-ladened economy as the end result.

My 2013 Investment Outlook noted (thankfully) that this supernova metaphor was more instructive than literal at that time. The end of the global monetary system was not nigh but it was losing energy and was entropic, because more and more credit growth would be needed to sustain an acceptable level of economic growth. Credit creation was moving more and more into speculative financial assets as opposed to investment in the real economy.

This turned out to be true over the next 10 years up to the present date. Do I dare mention near historic P/E ratios for profitless stocks, NFTs, meme stocks and cryptocurrencies as proof? Or that in the past few years beginning with Covid, that outstanding credit in the U.S. has expanded from $75 trillion to $90.5 trillion in a misguided effort to stabilize asset prices, inflation, and economic growth? This annualized 9% growth rate in government and private debt (mortgages, credit cards, corporate, etc.) was more than historic. It resembled a supernova star explosion, nearly double prior growth rates.

Responsible culprits of course were Washington’s multi-trillion-dollar deficits, an ignorant – yes ignorant — Federal Reserve that kept yields near zero and even bought Treasury and mortgage-backed bonds until May of this year, and of course a willing investment public characterized by “meme apes” and their “to the moon” hyped forecasts. We now have bear markets in most financial assets and a strong possibility of recession – duration and magnitude uncertain.

But spilt milk or certainly spilt credit does us little good in forecasting what lies ahead. Since we still have a functioning credit-based system and not yet a “black hole” which is the end result of a supernova in the real world, it is important to theorize or predict what interest rate, how much fiscal spending, and what level of investor confidence is required to stabilize markets, economic growth and inflation going forward. The latter two considerations, while critical, I will leave for another day due to the reader’s time and ennui. But the appropriate neutral interest rate, which Fed governors have demonstrated little expertise in finding, will be the topic of these remaining paragraphs.

The neutral interest rate as defined by the Fed itself is the real short-term rate (and by extension) the 10 year Treasury rate that stabilizes real economic growth at 2-3% and inflation at 2% going forward. The Fed and other central banks have struggled with this for decades employing and then discarding what is known as the Taylor Rule and a multitude of other historical aids to guide them. But rarely have they had to contend with such an uncertain outlook on future inflation which of course is critical in determining the future level of real and then numerical short-term yields.

I, of course, having been away from the professional markets for several years, am no more credible than Jerome Powell on this topic, but I at least can afford to be a little more honest.

First of all, it’s important to acknowledge that our domestic and global supernova represents a highly levered system, as investors have found out in the last 6 months. Raising interest rates to a “neutral” level must consider this much like a drug addict would consider the steps for a healthy withdrawal. “Cold turkey” in this case is definitely out, no matter what Powell says about inflation being his “top” and nearly only policy consideration. This is not a time for Volcker-like policies. Raising rates too high, too soon, would not only threaten the long-term U.S. economic outlook but that of the rest of the world via a too-strong dollar. So how high should rates go?

To answer this, I have analyzed prior tightening cycles via what is known as Bollinger Bands, a model which uses standard deviations from historical levels of Fed funds to determine how much and how fast the Fed can go to safely create a mild recession that in turn will gradually lower inflation. The brief answer in today’s economy? Stop at 3.5% but get there ASAP.

Bonds are at levels which represent diminished risk but little reward. Don’t buy them.

Stocks must contend with future earnings disappointments and are not as cheap as they appear. Don’t buy them just yet.

Commodities are out of gas.

12 month Treasuries at 2.7% are better than your money market fund and almost all other alternatives.