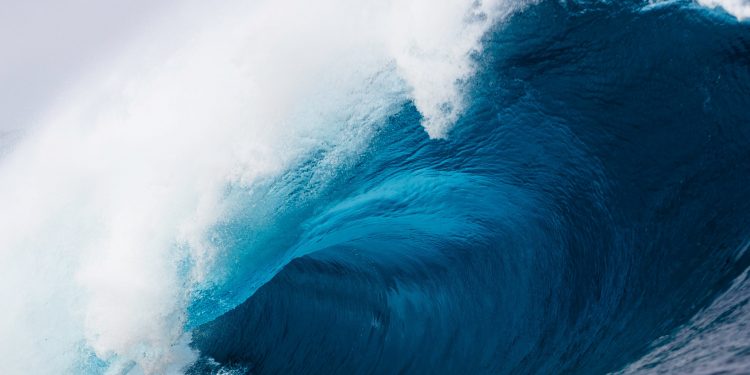 A photo of a tsunami wave.

According to a new study, archeologists have found evidence of the largest earthquake in human history, which caused a 5000-mile-long megatsunami that devastated coastlines for a millennium, LiveScience reported.

The 9.5 magnitude earthquake struck about 3,800 years in northern Chile, the study in the Science Advances journal determined.

The study said it was a megathrust earthquake, which is when one tectonic plate is forced under another. These earthquakes often cause tsunamis more destructive than the earthquakes themselves.

The earthquake led to an extremely powerful tsunami that created waves 66-feet-high and stretched from northern Chile to New Zealand, the study said.

The tsunami sent car-sized boulders crashing up to 620 miles inland, according to a statement by the University of Southampton, making nearby coastlines uninhabitable for 1,000 years.

The tsunami stretched more than 5,000 miles from Chile to New Zealand, the study said.

Archeologists found evidence of marine sediments “very high up and a long way inland,” said the University of Southampton’s Professor James Goff, per the statement. “So it could not have been a storm that put them there,” he added.

Collapsed stone structure at the Zapatero site in Chile.

The structures were lying backward, facing the sea, suggesting they had been toppled by the tsunami’s backwash. “The local population there were left with nothing,” Goff explained in the statement.

“Our archaeological work found that a huge social upheaval followed as communities moved inland beyond the reach of tsunamis,” Goff continued. “It was over 1,000 years before people returned to live at the coast again, which is an amazing length of time given that they relied on the sea for food.”

The study was able to conclude that the tsunami reached Australasia after Goff and his research team discovered a vast number of boulders, some the size of cars, way inland on New Zealand’s Chatham Island. The boulders were dated back to around the same time as the earthquake, the study found.

A boulder at the study site on Chatham Island, New Zealand.

“In New Zealand, we said that those boulders could only have been moved by a tsunami from northern Chile and it would need to be something like a 9.5 magnitude earthquake to generate it,” Goff said in the statement. “And now we have found it.”

Before this study, the largest earthquake ever recorded was in 1960. The Valdivia earthquake, which struck in southern Chile, was placed at a 9.4-9.6 magnitude. It caused a tsunami that reached Hawaii and resulted in up to 6,000 deaths.