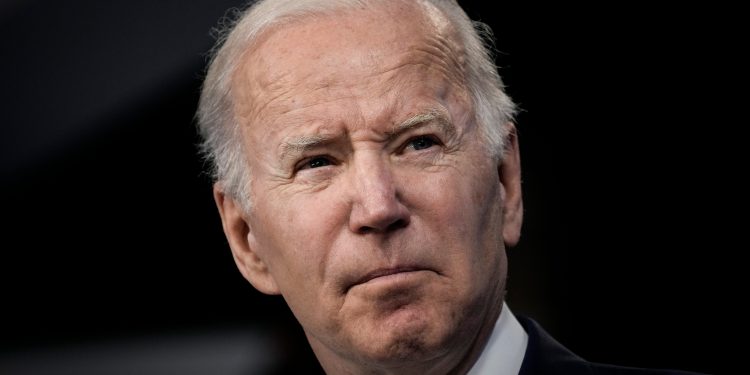 “We’re gonna make sure that everybody knows Exxon’s profits,” Biden said in response to a question after the conclusion of a speech in California about rising inflation. “Exxon made more money than God this year and, by the way, nothing has changed.”

Earlier Friday morning, the Labor Department reported that the Consumer Price Index, a key inflation indicator, rose 8.1% in May. That means soaring prices are once again hitting record highs, this time notching the highest point since December 1981. And once again, energy costs were the leading driver.

As to Biden’s point about Exxon, the company’s shares closed on Thursday at their highest level since 2014, The Wall Street Journal reported. The Journal, citing FactSet, said that Exxon was trading “this week at 11 times its projected earnings over the next 12 months.” A representative for Exxon did not immediately respond to a request for comment.

The surge signals a massive turnaround for energy companies that saw their fortunes plummet during the worst months of the COVID-19 pandemic. Oil companies scaled back production after experiencing a crash in the global demand for oil. At one point in April 2020, it had some traders paying buyers to take oil off their hands.

But as the world resumes more normal economic activity and people travel again, demand for oil has skyrocketed. That’s contributed to a spike in gas prices, which continue reaching record levels. The average price for a gallon of regular gasoline is nearing $5 per gallon, per AAA. They’re likely to remain high for the foreseeable future.

Biden also trotted out one of his favorite statistics, that oil companies currently hold more than 9,000 unused permits to drill on federal lands. Politifact previously ruled a related claim about this “mostly true,” but cautioned that oil companies usually must do a lot more than hold a permit before they can begin drilling.

Analysts have also said that current financial incentives are also in favor of companies that are more cautious about how many wells they drill.

“Oil and gas companies do not want to drill more,” Pavel Molchanov, an analyst at Raymond James,told CNN in March. “They are under pressure from the financial community to pay more dividends, to do more share buybacks instead of the proverbial ‘drill baby drill,’ which is the way they would have done things 10 years ago. Corporate strategy has fundamentally changed.”