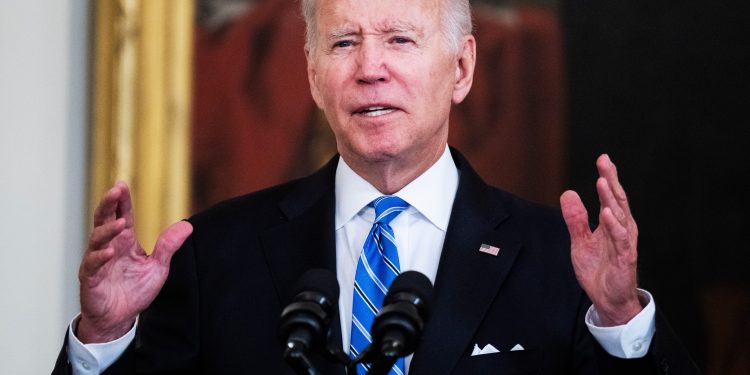 President Joe Biden’s executive orders to protect abortion access on Friday followed discussion among top officials about declaring a public health emergency, as progressives have urged him to do.

But White House and Department of Health and Human Services officials set aside the idea of a declaration, which could have expanded HHS powers to order that medication abortion can be prescribed across state lines or help shield doctors from legal liability for performing abortions, according to a Bloomberg Law report.

They were concerned that it would be seen as a public relations tactic and that it could draw lawsuits, the report said, based on “people familiar with the matter.” The report also says some officials were concerned that a public health emergency declaration over abortion would take money from Covid-19 programs.

A declaration is “not off the table,” Jennifer Klein, director of the White House Gender Policy Council, told reporters on Friday. But she downplayed the significance of it, saying “it doesn’t free very many resources” because only “tens of thousands of dollars” are in the government’s public health emergency fund.

“And it also doesn’t release a significant amount of legal authority,” she said. “And so that’s why we haven’t taken that action yet.”

The move came as Democrats are fuming over what some considered a “tepid” response to the US Supreme Court’s decision to reverse federal protections for abortion by overturning Roe v. Wade.

Progressives including Rep. Ayanna Pressley and Sen. Elizabeth Warren of Massachusetts have been calling on Biden to declare a public health emergency.

Pressley, who chairs the Pro Choice Caucus’ Abortion Rights and Access Task Force, welcomed Biden’s executive orders while also still urging him to make the declaration “to unlock critical flexibilities and resources to get patients the care they need now.”

“Daily, I am hearing from patients, providers and advocates about the dire situation those seeking abortion care across the nation are in,” she said in a statement. “Our work continues and I am not letting up.”

In a New York Times guest essay on June 25, Warren and Sen. Tina Smith of Minnesota warned of “a perilous time that threatens millions of women across this nation.”

“We urge the president to declare a public health emergency to protect abortion access for all Americans, unlocking critical resources and authority that states and the federal government can use to meet the surge in demand for reproductive health services,” they wrote. “The danger is real, and Democrats must meet it with the urgency it deserves.”